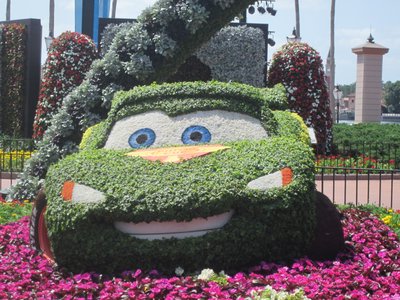 Corporations Add a Bit of Pixie Dust to Their Business Plans

The Walt Disney Company is currently gaining ground in an area that probably doesn’t spring to mind when most people think of Disney: business consulting.

In Search Of Excellence – Disney Style

The Disney Institute is the branch of the Walt Disney Co. dedicated to professional development solutions. And while the Institute has doubled its revenue in the past three years, it came into being as much through chance as through planning. After the publication of a 1984 book entitled “In Search of Excellence: Lessons from America’s Best-Run Companies” in which Disney was featured, fellow corporations began to inundate Disney with requests for advice. An initial training program called “The Disney Approach to People Management” was created in 1986, and morphed into the Disney Institute by the mid 1990s.

While the image of Mickey-Mouse-as-consultant can generate everything from skepticism to laughs, Disney’s inclusive corporate culture and famously friendly customer service has long made it an enviable business model. With the current economic fluctuations and so many forums for customer criticism available through the web, many companies have started to make a push to improve their image and practices. Disney has attracted business from diverse clients ranging from the National Football League to the country of South Africa.

As the Disney Institute has grown, so has the services it provides. In the past, clients of the Institute traveled to Walt Disney World in Florida or to the Disneyland Resort in California for on-site consultations. In the last few years, Disney has begun to send its representatives around the world rather than requiring clients to travel to Disney. The consulting packages the Disney Institute provides range from single-day workshops to intensive, site-specific problem identification and solutions.

From Brands To Leadership

The Disney Institute provides consultations from a selection of six topics, depending on the needs of their clients. Their training in Leadership Excellence emphasizes the leadership style of Walt Disney himself, stating that Walt showed that the actions of a single leader, when multiplied by actions of many others, can change and move the culture of a company. Other topic titles such as Quality Service, Brand Loyalty, and Creativity and Innovation are familiar standards associated with the corporate culture at the Walt Disney Company.

An acute attention to detail is another selling point for the Disney model of business. Disney seeks constant feedback from its theme park visitors, prompting them to make changes and set standards according to the needs of their guests. Seemingly minor details such as pointing with two fingers rather than one (because its more polite), or how many feet apart to set trashcans (27 – the average distance people carry trash before tossing it) contribute to an overall feeling of quality and hospitality.

And of course, there is the famous Disney policy of referring to each of its employees as cast members, whether they are Disney princess look-alike performers or dishwashers. It’s a hallmark of Disney’s efforts to create loyalty and a sense of inclusion among its own employees.

Small But Interesting Part Of Disney

The Disney Institute and corporate consulting is never going to be a major component of the Disney image worldwide. Elaborate theme parks and family-oriented motion pictures will continue to be the products by which the Walt Disney Company earns it reputation. Even so, the Institute is steadily carving out a niche for itself as more and more companies hope to buy into a bit of the Disney magic.