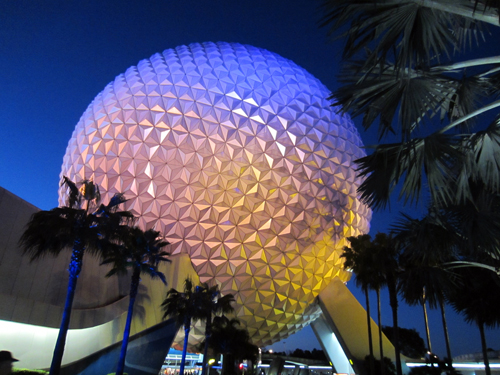 Disney has several kinds of unique rides within their parks. Some attractions are completely unique unto themselves, and others are part of a larger category of unique rides. One kind of classic Disney ride is the continuously loading rides.

These rides load as guests walk onto a moving platform or beltway coined an Omnimover. Ride vehicles on these rides don’t stop for loading, and guests board continuously.

Continuously loading rides that did not make the list include The Seas with Nemo, Journey of the Little Mermaid, and Buzz Lightyear’s Space Ranger Spin. Let’s look at the best of these rides!

Peter Pan’s Flight was an opening day attraction in Magic Kingdom. This ride is nostalgic for many long-time Disney fans because not much has changed since 1971. For this reason, and because of the new FastPass+ system, Peter Pan’s Flight has some of the longest wait times in the category.

As you walk onto the moving platform, you’ll see empty pirate ships ready for boarding. Hop on board, and Tinker Bell will sprinkle you with a little bit of pixie dust as you pass through the Darling children’s bedroom enabling you to fly over London and on to Neverland. This ride impressively tells the entire story of Peter Pan is about two and a half minutes! It’s no wonder Peter Pan’s Flight is a staple for many guests.

The TTA is a descendant of the 1964 New York World’s Fair “Ford’s Magic Skyway,” which essentially had the same design. Although Walt never saw this ride come to fruition in his Magic Kingdom park, the TTA is based on Walt’s own designs. This ride often has little to no wait, and riders will get a bird’s eye view of Tomorrowland with great views of Main Street U.S.A and Cinderella Castle. Guests also get the opportunity to travel inside Space Mountain. If you look closely at just the right time, you may catch a glimpse of the track! Don’t forget to keep an eye out for an early diorama of Walt’s concept for Epcot.

Spaceship Earth is housed in the 18-story geodesic sphere at the entrance of Epcot, so it is a popular first ride. This means that lines often back up early in the morning and are much shorter later in the day. If you’re a fan of animatronics, you’ll see plenty in this ride as you travel in a continuously moving ride vehicle through time. The attraction, narrated by Dame Judy Dench, teaches guests about the history of communication from cavemen to the fall of Rome, the Renaissance, and finally the 20th Century.

Disney fans are known to become irate when their favorite rides are changed, but changes are usually welcome on Spaceship Earth. These changes often feature the newest technology and terminology. For example, touch screens were added to the ride vehicles in 2007 making the ending interactive. Guests could now use prompts on the screen to plan their own futures.

The Haunted Mansion ride in Walt Disney World has a sister ride in Disneyland. Both attractions feature classic Disney Imagineering incorporating a spooky and funny story into one experience.

Walking through the wrought iron gate in Liberty Square completely immerses guests into the Haunted Mansion theming. Details like the mysterious engagement ring, the interactive queue, the stretching room, and the levitating head of Madame Leota leave guests wondering what is real and what is part of Disney Magic. Disney fans have even cited stories of real hauntings that coincide with the story of the Haunted Mansion. Who’s to say if any of these are legitimate? I don’t think I want to speculate! It’s no wonder that this is the number one continuously moving attraction on our list.