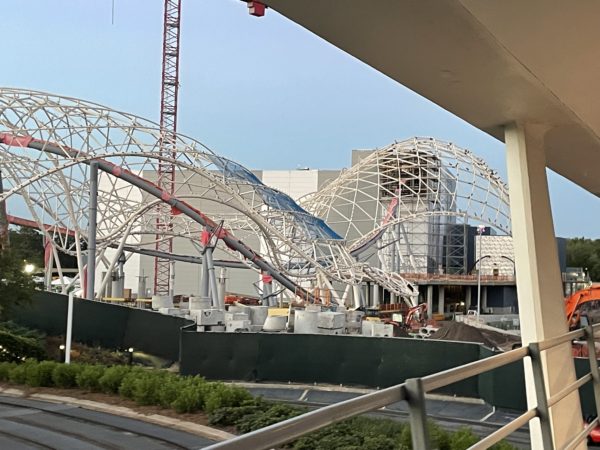 While construction workers have continued to build out the exterior canopy on Tron Lightcycle Power Run in Tomorrowland at the Magic Kingdom, there has been speculation on the overall progress of work since Disney closed off the coaster track entrance that will allow the ride vehicles to return into the show building.

Excited to see continued progress on the new Tron coaster?