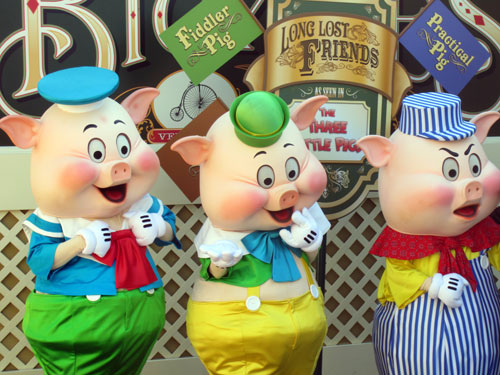 Many people work and save for their entire lives so that they can retire and move to a tropical paradise, like Central Florida, to enjoy their golden years. The dream promises no stress, no worries, and plenty of time to do whatever you like.

However, there are pros and cons to every move.  There are many angles to consider with a big decision like a cross-country or even a cross-border move.

Let’s look at five key areas to consider before moving to Central Florida.

Cons: While the cost of living is average, you will find plenty of new things to do with your money in Orlando. Annual passes for the various theme parks can be expensive, although if you visit the parks frequently, you will find that the cost you end up paying per visit is small. There are also plenty of restaurants to try. If you are on a fixed or limited budget, you will need to carefully select how you spend your funds on the many different options available.

Pros: Many folks will elect to work during their retirement years, whether it is to supplement their income or just keep active. The Orlando area has literally thousands of hospitality jobs which can provide flexible hours and a way to stay involved in the job market. If you chose to work at one of the theme parks, you typically get some great benefits like free admission to that company’s parks and special discounts on food and merchandise.

Cons: Many hospitality jobs pay low wages and can be physically taxing.  The jobs include spending long hours standing or dealing with the occasionally-cranky public. If you are used to holding a management position or working in a job that makes use of your specialized education or skills, you may have a hard time adjusting to a new job as a ticket taker or a merchandise clerk. I personally know of two doctors who retired to Orland and took jobs at Disney World. One drove the monorail, and the other worked as a Disney PhotoPass photographer. Within a few years both were back to practicing medicine.

Pros: When you think of the weather in Orlando, a smile probably comes to your face. You think about the warm sun, cool breezes, and the distinct absence of snow. There are plenty of things to like about the weather in Central Florida. The winter months are glorious.  The area rarely experiences freezing temperature – perhaps reaching down to 32 F one or two times a year and just for a brief moment in the middle of the night. However during the day, the sun comes out and life is good.

Cons: While the weather in the winters can be amazing, the weather in the summers can be brutal.  Orlando offers high humidity, intense sun, and very hot temperatures. Like all southern states along the Gulf Coast and the Eastern Seaboard, Orlando is susceptible to tropical storms and hurricanes. Since Orlando is in the middle of the state, it is often protected from the worst of the winds, but during the worst storms, homes in the Central Florida area experienced roofing damage and power outages.  Folks had to pick up plenty of plant debris after the storms blew through.

Pros: One of the draws of Central Florida is that it is a tourist area. Within a one hour drive, you have access to all kinds of fun including theme parks, state parks, beaches, shopping areas, and plenty of restaurants. It is hard for a tourist to see and do a fraction of what Central Florida offers. Things change so often that, even as a resident, you probably can’t see or do it all either, but you can sure have fun trying!

Cons: With so many things to see and do, you will probably be tempted to check them all out. If you are on a fixed or limited budget, you will need to make some hard choices on where to spend your money. The traffic on the major highways, like I-4, can be exasperating, and dealing with the crowds around town can get tiring.

Pros: Sometimes moving to a new place is a great way to start over. You can close down or at least limit unhealthy or unproductive relationships and work to build better ones.

Cons: If you have lived in your current city or state for a while, you may have built up a network of friends and service providers. Perhaps you have a neighbor who you trust to watch your house, or a doctor who has a long history with you. Creating these connections takes time and effort. Sometimes, you simply can’t recreate the relationships you had before.

Pros: As mentioned above, there are plenty of great things about living in Central Florida. Weather, entertainment, and work opportunities can provide you with plenty of fun and satisfaction.

Plenty of folks make the successful move to Florida each year. In fact, 2012 census data shows that about 630 people move to Florida every day (estimates range up to 1,000 per day). Overall, I think that, for many people, moving to Florida can be a great move and that the pros can outweigh the cons. However, keep in mind that every day won’t be like a day on Main Street USA. Real life happens in Central Florida too.