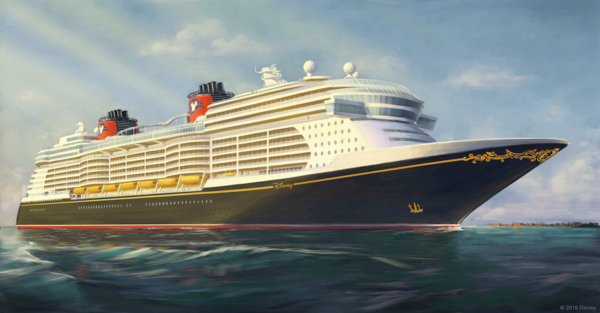 The Disney Cruise Line already has some of the best looking ships on the seas.

Disney has released some early concept art that shows the new ships should keep with the general style of the existing ships, which recalls the golden age of ocean cruising.  However, the ships will surely have some unique details (stateroom verandas that curve out, plus overhanging outlooks).

The new ships are expected to be about 140,000 gross tons accommodate about 1,250 guest staterooms – about the same as the current Disney Dream.

New Disney Cruise Line ship design – what do you think?