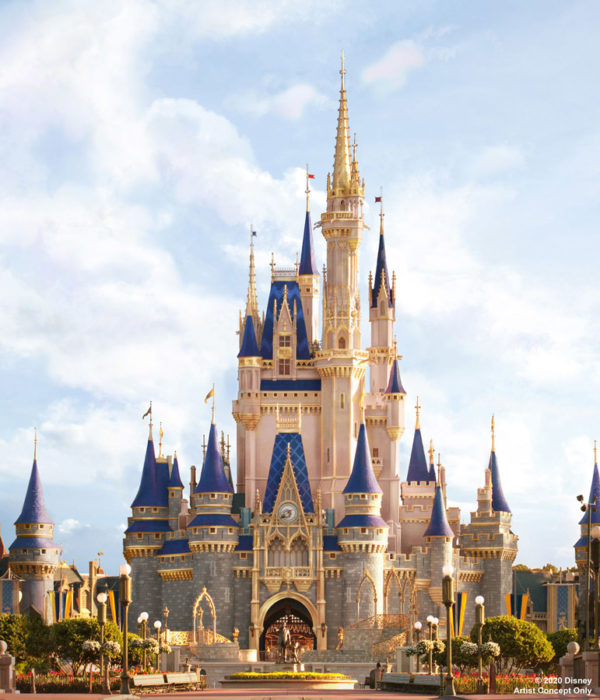 Here is a look at how the castle looks today:

This concept art, released by Disney, shows how the castle will look with its new gold accents:

Disney will begin work on the transformation in the next several weeks, and the work will continue through the summer of 2020.  The work will not interrupt presentations of Mickey’s Royal Friendship Faire, a show presented several times during the day in front of the castle, or Happily Ever After, the Magic Kingdom’s nighttime fireworks spectacular.

Cinderella Castle to get a gold makeover – what do you think?