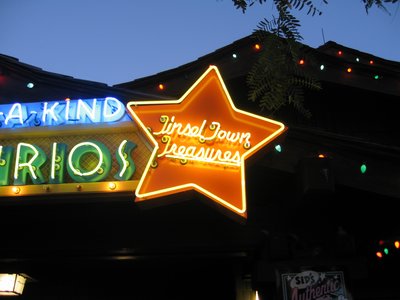 For vacationers from far away who have a limited time to spend in Orlando, the need to compare Disney’s Hollywood Studios vs Universal Studios Florida is difficult, but if time is limited a choice that must be made. The two parks, competitors by anyone’s reckoning, are vastly different in size but require similar planning to get one’s money’s worth.

Universal Studios is larger mainly because of its backlot, where filming occasionally takes place. Guests can watch as TV shows and movies are being shot. At Disney’s Hollywood Studios, on the other hand, almost no filming is ever done (with the notable exception of travelogues about Disney World).

Naturally, these two parks are all about TV and movies, and so all of their attractions are based on various films produced by each. Overall, Hollywood Studios has a slight edge over Universal Studios where getting people into attractions is concerned, probably because they’ve been in the business for so long and are as a result better at moving large crowds. However, thanks to the enormous backlot at Universal, which guests are at liberty to stroll through, crowds in general move more flowingly through the park.

To tour Disney’s Hollywood Studios, it takes a group between eight and ten hours. Most people will want to pause to take lunch somewhere in the park. Assuming the same at Universal, groups need between nine and eleven hours to circumnavigate the park. This is due not just to its overall size but also to the circulation of guests, which again is better handled at Disney World.

Factoring into the time equation is opening times; many attractions at both parks are sensitive to season and may or may not open at all at certain times of the year. Even under optimal conditions, some attractions at both parks don’t open at the same time as the park. At Disney’s Hollywood Studios, it’s advised to arrive with tickets already purchased at least a half hour in advance of park opening; at Universal, guests should also have already bought their tickets but can arrive a few minutes later since gate congestion is a bit less than at Disney World. The Disney Corporation may be an old hand at the game, but Universal designed its parks with an eye for the mistakes that Disney’s designers have made.

In addition, Universal offers an enhanced ticket called Universal Express, similar in function to Disney’s Fastpass. However, there are some salient differences. For one, Universal Express passes can apply to every attraction without a time limit and without having to get individual tickets for each attraction; Fastpass still has to be issued for individual attractions and has a limited duration. The catch is that Universal has changed its policies several times with an eye for generating more revenue. Currently, day guests have been sent to the line ghetto, deprived of Express privileges altogether unless they pay a significant surcharge. So, Disney takes this round, even though the actual scope of Fastpass is narrower.

Lining ‘Em Up, Knocking ‘Em Down

Disney’s Hollywood Studios, formerly Disney-MGM Studios, shed its ties with the major movie studio at the tail end of a long and successful partnership when Disney’s contract to use the MGM name expired. The park’s birth came out of a fierce competition with Universal to open a movie theme park in the Orlando area first—Disney was the clear winner of that race, but still has serious competition from Universal. The whole of Hollywood Studios can be seen with a little time to spare, making it a late bird’s dream, but an early bird’s pain. Also, the late bird may want to switch roles, as sound stages at Hollywood Studios are generally devoid of activity after dark. Major points of interest here include the rides Fantasmic!, the Rock N Roller Coaster, Star Tours, Voyage of the Little Mermaid, Toy Story Mania! and The Twilight Zone Tower of Terror and the live shows such as parades (recently featuring Pixar Pals Countdown To Fun), Disney Channel Rocks (where dancers intone the strains of High School Musical), numerous impromptu street performers that roam every quadrant delighting guests. All of these attractions packed into a relatively small park does make for some crowd circulation problems, however, so it pays off to establish and stick to an effective touring plan.

Universal Studios Florida has many things in its favor. At twice the size of Disney’s Hollywood Studios, it’s a megalith of movie magic. This park is unfettered by the saccharine shell surrounding Disney’s offerings and so its attractions are accessible to a wider cross-section of the population, with attractions such as JAWS, Men in Black Alien Attack, Revenge of the Mummy, Shrek 4-D, Terminator 2:3-D and the Simpsons Ride. Like Disney parks, Universal’s is divided into several loosely separated themed areas (New York, Hollywood, Production Central, World Expo, San Francisco-Amity and Woody Woodpecker’s KidZone.

For the uninitiated, following a set schedule linked to specific landmarks is probably the best way to go. It’s a big help to call the park’s toll free number or check their web site the day before a visit to verify park opening time (this is updated more often than the website).

Arrival about an hour before opening is a plus, so groups can lay their hands on an entertainment schedule and park map. After obtaining these, it’s straight to the turnstiles. Just on the other side is Hollywood Rip Ride Rockit, targeted for an early morning ride by schedule-sensitive savvy shoppers. Next up is the Revenge of the Mummy attraction, followed by The Simpsons Ride. If the group is young enough (or young enough at heart), the E.T. Adventure should come next, but older riders may skip it, opting instead for the extraterrestrials featured in the nearby Men in Black Alien Attack and the shark attack thrills of JAWS. Again, if the group has a lot of little’uns, these last two can be skipped and replaced with the age-appropriate Barney and Woody Woodpecker’s KidZone. Grown-ups will enjoy a pummeling by all elements in Disaster! and TWISTER…Ride it Out. There’s just enough time to see Shrek 4-D before a group will want to pause for a lunch break. Afterward, the southeast corner of the park’s attractions should be thoroughly explored. The last ride to hit before leaving the park is Despicable Me. If a group has hit all of these points and has time left over, they may want to revisit some of the attractions they most enjoyed.