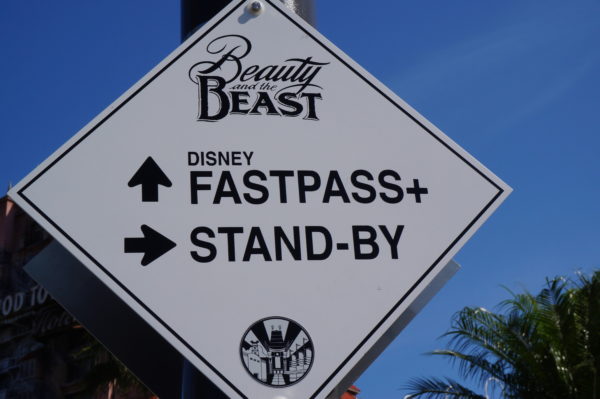 Disneyland invented the FastPass, a virtual queuing system, almost thirty years ago. Over the years, it’s been updated and adapted to other Disney Parks around the world; however, one thing remains true: the FastPass, by whatever name, allows users to get into a separate line that is often much faster than the standby line.

One such update took place a few years ago when Disney World introduced RFID technology in the form of MyMagic+, which gave all Disney World visitors access to MagicBands and a digital version of the FastPass.

Now, Disneyland has updated their FastPass to offer a digital version called MaxPass. Although similar, it’s not the same as Disney World’s version. Let’s take a look at five comparisons if Disney World’s FastPass and Disneyland’s new MaxPass.

Disneyland guests can only make reservations once they are in the parks even if you’re using the new MaxPass app, which only works once you’re through the turnstiles. What’s more you can only make one reservation at a time since the system will not permit you to make another reservation until the start time of the first one has passed.

Walt Disney World guests can use FastPass+ for free once they have a MagicBand. The MagicBand is free for Disney Resort guests, but those staying off property can purchase one. FastPasses are included in the price of admission, but are subject to availability.

Disneyland offers FastPass paper tickets for free with admission, but the MaxPass will cost you $10, a fee that is non-refundable. You can purchase the MaxPass when you buy your ticket online or add it separately. This is another upsell in a string of upsells in the Disney Parks recently, but Disney isn’t the only theme park operator to charge access to shorter lines for attractions. Universal Studios on both coasts and Six Flags all have some form of fee-based queuing system.

One of the most recognizable differences between Disney World and Disneyland on any front is the sheer size. Disney World is more than 300 times the size of Disneyland which means there’s a lot more room for attractions, shows, meet and greets in Florida than in California.

When Disney World rolled out the MyMagic+ option, they did their best to be sure that their cell service was up to the task. The cell service in Disney World in the past few years has improved, even with so many people on their phones at once.

There are many reports from regular Disneyland guests that the cell service is spotty at best. If MaxPass, which requires guests to show their reservation on a smart phone to get into the shorter line, is going to work, Disneyland is going to have to add more hot spots to accommodate the increased demand.

Both parks have PhotoPass Photographers stationed a various locations around property. They’re willing to spend time with you and your family to be sure that you get the best photo possible.

In Disney World, these photos are readily available on your MyDisneyExperience app shortly after they’re taken. You can purchase them individually or buy the MemoryMaker, which gives you all of the photos on your account for one price.

The photos in Disneyland can only be purchased individually, or if you have an annual pass, you can download them for free. Now, the MaxPass also includes a free download of all of your photopass photos. This seems like a good deal, and it is for those without the annual pass. However, those who have already paid for the annual pass are complaining that they still have to pay full price for the MaxPass. Disneyland annual passholders want Disney to release a reduced price version of the MaxPass that reflects the fact that they don’t need the additional access to the PhotoPass photos. Another solution is that the most expensive annual passes will include the MaxPass in their annual fee.

I think it’s easy to see that Disney World’s FastPass is a better value than Disneyland’s MaxPass. The only additional consideration is that Disney World visitors have to pay significantly more to get all of their PhotoPass photos.

Since Disney World has the digital FastPass first, I don’t think there are going to be any changes coming to Disney World with this. The only thing that could change is that Disney World could adopt the fee-based faster access to attractions. Whether this means that FP+ would now come at a cost or a new service would be added is hard to tell right now.

It’s doubtful that a third line would be added to accommodate standby guests, FP+ guests, and paying riders, but only time will tell. In the age of the upsell, anything is possible.

Would you pay for FastPasses in Disney World?