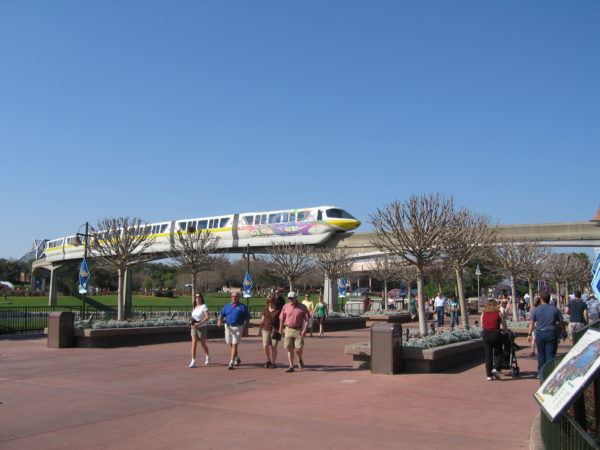 It’s hard to believe that we’re talking about Spring Break 2021 because, by that time, we’ll be a year into the COVID-19 restrictions in the United States. However, post-secondary institutions aren’t taking any chances.

Spring Break 2019 saw huge crowds, no masks, long lines, and packed flights in vacation destinations around the country and the world including Walt Disney World.

How do I know? Because I was there!

Mickey and Minnie’s Runaway Railway opened just one week before the country shut down. The massive closures meant that college students were forced out of their dorms and classes were moved online with day’s and sometimes hour’s notice.

I know this struggle first hand because I’m also a college professor.

Now, dozens of universities and colleges nationwide including my own and Florida State University have already started making plans – and rightfully so – for Spring Break 2021. Instead of taking the risk that students (and professors!) will leave campus for a week and engage in potentially risky behavior, they’re editing their schedules to delay the start of the Spring semester and thus shorten Spring Break by several days.

This should come as no surprise since these same institutions are ending in-person classes prior to Thanksgiving Break and opting for the last couple of weeks online.

Some critics say that this plan isn’t infallible, though.

First, students need some time to unwind and reconnect with family and friends especially if they’re significantly distanced and not able to take advantage of other short breaks like weekends. Lots of families use this time to get away together on vacations like Disney World. The weather is nice, the crowds are generally lower than the summer months, and prices also tend to be a bit lower. Most schools have condensed Spring Break meaning there are still a few days off plus the weekend, which still leaves plenty of time to get away thus negating the potential benefits of shortening the traditionally week-long break.

Consequently, if you are not affected by a post-secondary schedule either because you are not a college student or you don’t have college students in your family, and you do have the ability to travel during Spring Break (early to mid-March), you might want to start planning a Disney World vacation during this time since crowds will likely be lower and see fewer partying 20-somethings!

Will you travel to Disney World for Spring Break in 2021?