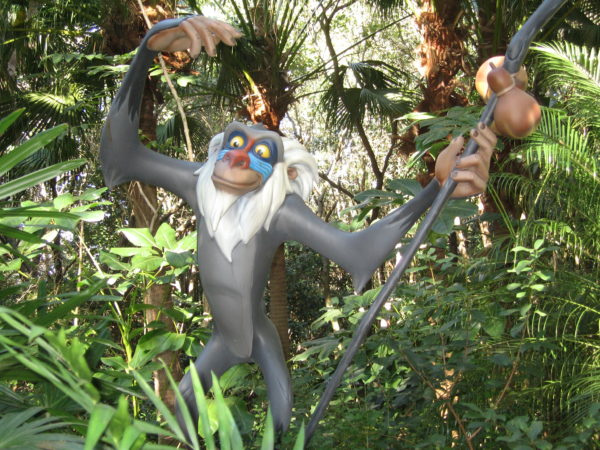 Rafiki points the way to the Conservation Station pathway

Rafiki’s Planet Watch is a unique part of Disney’s Animal Kingdom. It’s the only place in the park where you can get up close and personal with the animals during live veterinary procedures, learn how food is prepared from a nutrition expert, and even pet some animals!

Guests could see Tarantulas, scorpions, millipedes, and snakes in enclosures and even encounter some of these animals on the Animal Encounter Stage. Guests could also learn from real scientists about conservation all around the world and even right in your own backyard.

However, Cast Members report that they’ve been told that Rafiki’s Planet Watch will be closing permanently on October 21st and the character meet and greets in the area, with Rafiki and Doc McStuffins, will end on September 29th.

While this comes as a surprise, and Disney hasn’t made an official announcement as of yet, it’s widely known that Rafiki’s Planet Watch isn’t as well visited as other areas of the park. Perhaps this could be because there are no significant rides in the area. It could also be because guests don’t want to take the approximately 12 minute round trip train ride. Maybe it’s a combination of the two.

Regardless, whether it is an attendance issue or a budget issue, this area is now going dark.

It’s unclear whether the character meet and greets or any of the animals that live in the area will be relocated.

It’s also unclear whether something new will fill this area in the short term or long term.  Zootopia, anyone?

Will you miss Rafiki’s Planet Watch?