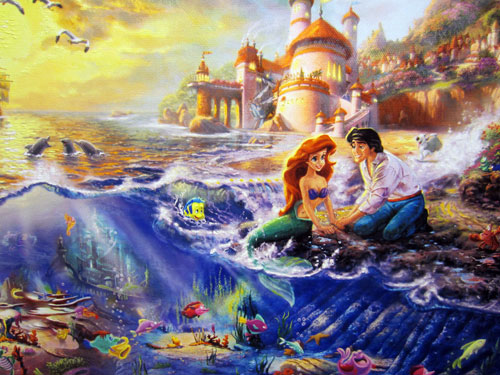 Many artists have applied their particular style to Disney characters; from the funky 1970s style of Shag and his celebration of all things Tiki room to the unique characterizations of Disney princesses by John Coulter, Disney has a huge array of characters, buildings, and emotions for artists to explore.

Perhaps the most famous contemporary artist to do his own interpretation on Disney characters is Thomas Kinkade.

Kinkade, who passed away in 2012, called himself the “Painter of Light.” If you have ever seen any of his paintings, you will understand why that was his trademark. His paintings have a strong play on light – many of them seem to glow.

While opinions vary, and as an artist, Kinkade has been involved in some controversy, his works are immensely popular. Wikipedia reports that about one in twenty American homes has a copy of one of is Kinkade’s paintings.

Let’s take a look at some of Kinkade’s “Disney Images” prints that you can buy in the Animation Gallery store at the exit from The Magic Of Disney Animation attraction at Disney’s Hollywood Studios: 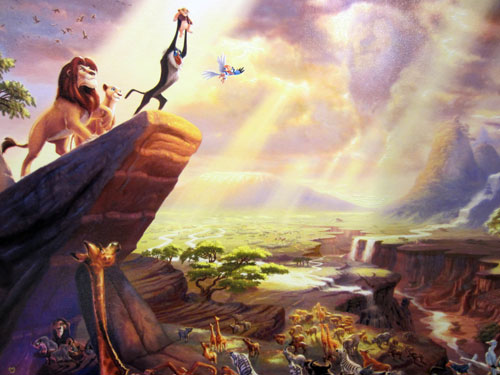 Artwork of Mufasa and Simba in painting titled “Lion King” by Thomas Kinkade. Giclee on Canvas – $1100 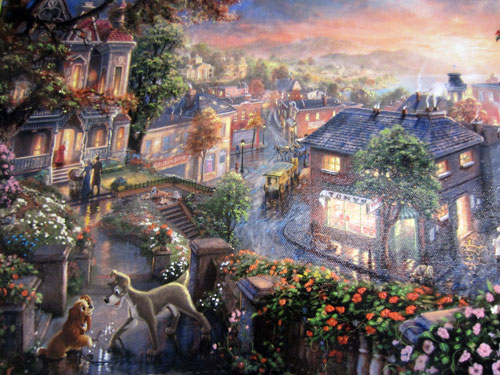 Artwork titled “Lady and the Tramp” by Thomas Kinkade. Giclee on Canvas – $795 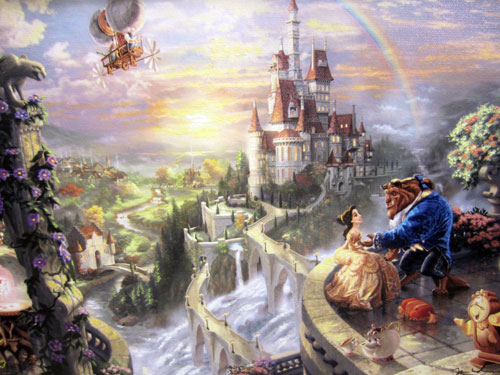 Artwork with Belle and Beast titled “Beauty and The Beast” by Thomas Kinkade. Giclee on Canvas – $795 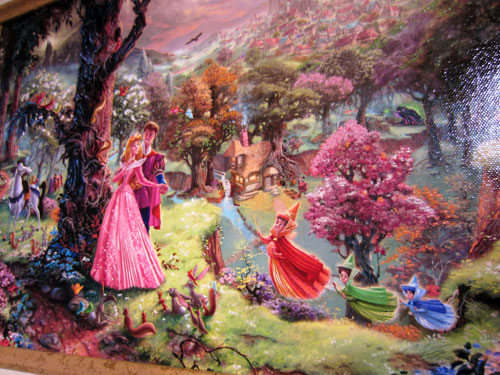