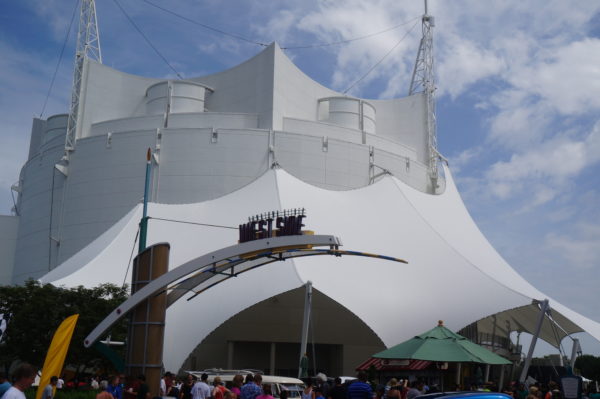 The Cirque du Soleil tent still stands on the west side of Disney Springs, but there haven’t been any shows in the tent since the long running La Nouba show closed at the end of 2017.

Many were concerned that this marked the end of Cirque du Soleil in Disney World, but the two companies insisted that it would not. Cirque du Soleil representatives said that they would create a new show that would be appropriately themed and uniquely Disney.

According to insider reports, the new show, which is currently in development, has found inspiration in the heritage of Disney animation and celebrate Disney’s “legacy of storytelling” in a way that blends the best of both companies.

While very little is currently known about the show, a recently posted casting call reveals some important information about the main character of the new show!

Cirque du Soleil is looking for a youth or adult performer who can play a 12 year old Caucasian girl. He/she should be between four and five feet fall with a slim build and professional acting experience. Additional artistic and athletic ability is recommended, and those performers will receive priority.

There’s no additional information – name, storyline, or else; however, a character description says the character will be “sensitive on the inside, yet fearless on the outside.” This description tells us that the new show will be highly emotional, as many of the “spectacular” presentations around Disney property are.

That certainly sounds like many of Disney’s princesses and especially those of recent history. Visions of Pocahontas, Mulan, Merida, and Anna and Elsa, to name a few!

Neither Disney nor Cirque du Soleil have given opening dates, but the casting call says the chosen talent will have to be available for rehearsals beginning in September 2019 for a minimum contract of two years.

At the earliest, this means that the show could be ready for audiences beginning Christmastime of 2019 and will run for at least two years.