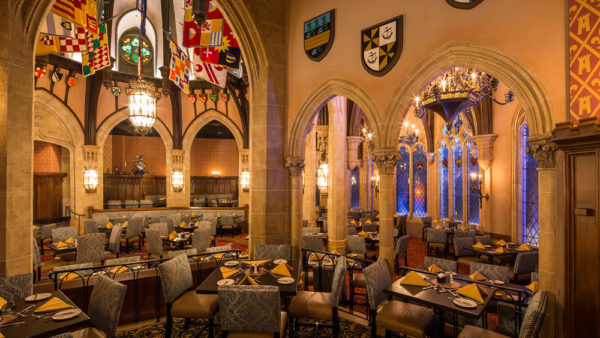 Disney has announced that the Cinderella’s Royal Table restaurant in the Magic Kingdom will reopen on September 24.

Meals will include roasted tenderloin of beef, chicken breast, and the chef’s fish of the day.

Disney princesses will not greet guests during the initial reopening.

You can make reservations starting on September 11 via the Disney web site or the My Disney Experience app.

Disney also announced that Gatson’s Tavern in the Magic Kingdom will reopen on September 4, and the ABC Commissary in Disney’s Hollywood Studios will reopen for lunch on October 8.

Ever eaten at Cinderella’s Royal Table?  Looking forward to the reopening?