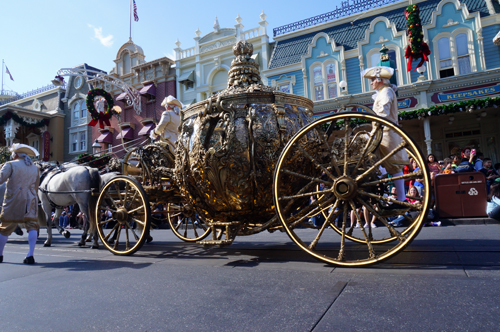 On March 13th 2015, Disney released a live-action movie version of the classic fairy tale, Cinderella. The story of a beloved daughter turned servant girl originated in Naples, Italy and was translated into French and German then recorded by the Brothers Grimm in 1812. On February 15th, 1950, Walt Disney produced his version of the story with beloved songs including “A Dream is a Wish your Heart Makes” and “Bibbidi Bobbidi Boo.”

Disney received rave reviews for its live-action film, and the movie grossed close to $68 million when it opened on March 13th, 2015. As of late April 2015, the movie had earned over $190 million.

Cinderella begins by showing a young girl with her mother and father. When her mother dies, Cinderella is left alone with her father who loves her very much. When Ella (Lily James) is a teenager, her father (Ben Chaplin) brings a widow (Cate Blanchett) and her daughters (Sophie McShera and Holliday Grainger) to live with them.

The grand dinner parties and extravagance abounds, but Cinderella’s father seems unhappy. Ella, also unhappy, remembers that her mother told her before she died to “have faith and be kind”, so she embraces her new family. Her father announces that he must go on a trip for work, but he becomes ill and dies. Now widowed again and very poor, Ella’s stepmother dismisses the servants. Because of Ella’s kindness and generosity, she begins to take over the duties of the house. She soon becomes Cinder-ella because of the ashes that cover her body.

Cinderella runs away into the woods to escape the emotional torture at home, and she meets a man named Kit.

When a royal ball is announced to find the prince a wife, Cinderella made her stepmother and stepsisters their dresses, but they tear her mother’s dress, which she wanted to wear to the ball, to shreds so she couldn’t accompany them. An ugly old hag appears on the porch and asks Ella for a glass of water. Even though she is distraught, she obliges. The old woman turns into a Fairy Godmother (Helena Bonham Carter), and dresses Cinderella for the ball using her mother’s dress now in rags, her rats, lizards, and a pumpkin.

She meets the prince, realizes it’s Kit, and they dance all night. At midnight, she runs away so he doesn’t see that she is just a servant girl. He searches endlessly to find the girl who fits the slipper she left behind eventually disguising himself as a servant to make sure every girl in the land tries the shoe. He finally finds Ella in the attic of her home, puts the slipper on her foot, and whisks her away leaving her evil stepmother and stepsisters behind.

This movie is everything you would expect from Disney. It’s magical, beautiful, and will make princesses in training and grown-up-princess alike remember why she loves the story so much.

Even though this story has been done many times, Disney managed to make this movie original and entertaining. The score was wonderful while being in the background and not making the movie feel like a musical.

The movie is still in some theaters and is expected to be released on DVD in July 2015. Take the special princess in your life to see this movie; you won’t be disappointed!

Did you like Disney’s new Cinderella movie?  Thumbs up or thumbs down?
Leave your comments below.