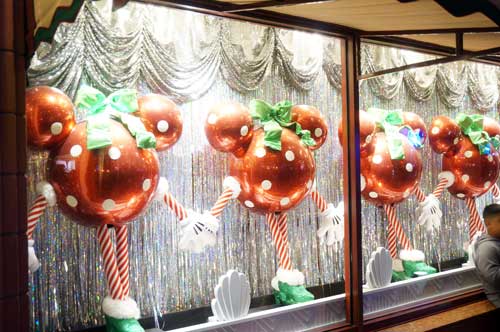 When it comes to Christmas decorations around the parks at the Walt Disney World Resort, the Magic Kingdom often gets all the attention. That makes some sense. The lighted garland on Main Street USA and the lights on Cinderella Castle are iconic Christmastime decorations.

However, just because the granddaddy of the Disney World parks grabs the spotlight, it doesn’t mean that there aren’t some other worthy contenders for your Christmas decoration viewing time.

Disney’s Hollywood Studios has some great decorations too.

Of course, the Studios offers the amazing Osborne lights, but 2015 will be the last year for that event.

I think that the decorations on Hollywood Boulevard and Sunset Boulevard are beautiful in their own right. In addition to lighted decorations along the street, Disney also decks out the store windows, too.

Do you enjoy seeing Christmas lights on the streets of Disney’s Hollywood Studios?