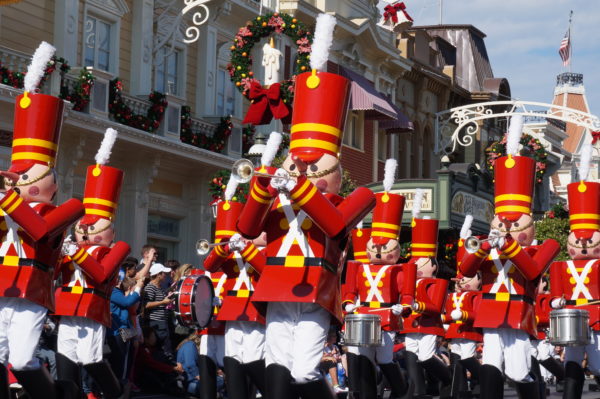 Each year on Christmas Day, Disney brings some fun into homes with the Disney Parks Magical Christmas Day Parade.  Disney presents the show on both ABE and the Disney Channel.

Portions of the 2019 presentation of the parade will be taped in Walt Disney World from November 7 – 10.

Park guests are permitted to watch the filming of any segments recorded during park operating hours.  If you decide to go and watch the taping, be prepared for plenty of waiting and repeating.  The actual recording process can be tedious so that the video editors have plenty of material to create a professional end result.

Disney has not yet released a schedule of performers or taping times.

Will you watch the Christmas Day Parade, either on TV or in the parks?