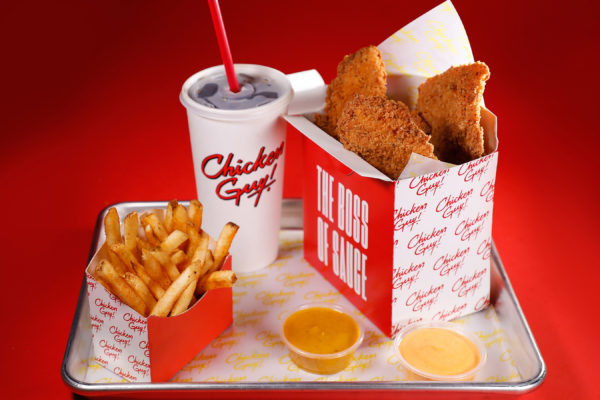 Following one successful collaboration between celebrity chef, Guy Fieri, and restaurateur, Robert Earl, the two dynamic forces have come together to create a new concept that will launch its flagship location at Disney Springs at Walt Disney World Resort in Lake Buena Vista, Fla. Chicken Guy! is a fast-casual chain dedicated to serving delicious, succulent chicken tenders paired with a wide variety of flavorful sauces meant to please all palates. The menu at Chicken Guy! will feature one-of-a-kind all-natural fresh chicken tenders, hand-pounded to maximize crunch and paired with a wide selection of delicious sauces. (Disney)

Over the last five years or so, Disney Springs, formerly known as Downtown Disney, has been rethemed to a classic Floridian oasis. Part of this remodel has included bringing more restaurants to the area and especially those from celebrity chefs like Chef Masaharu Morimoto at Morimoto Asia, Rick Bayless at Frontera Cocina, and Art Smith at Art Smith’s Homecoming. Each one has a different style and flavor, but they’re all table-service dining with Advanced Dining Reservations recommended.

But there’s a new kind of celebrity restaurant coming to Disney Springs. The aptly named Chicken Guy! will be a fast, casual dining establishment. As the name suggests, Guy Fieri is the face of the restaurant, and he will operate it with Restaurateur Robert Earl.

The two have a good track record. Fieri operates more than a dozen restaurants around the world in traditional settings, in casinos, and on cruise ships. Earl has also had a successful career in a variety of restaurants including Hard Rock Café, Bucca di Beppo, and Planet Hollywood. When Planet Hollywood was transformed into Planet Hollywood Observatory in Disney Springs, the two worked on this project together.

The new Chicken Guy! restaurant will serve up fried and grilled chicken tenders served alone or in a sandwich or salad plus sides like loaded fries, Mac Daddy Mac ‘n’ Cheese, and some delicious dessert all in a fast, casual environment. There will even be 20+ sauces in all different flavors including- potentially- Guy’s famous Donkey Sauce.

Menu items generally run $6 – $8 for individual items.  There will be 22 dipping sauces available.

Chicken Guy will open sometime this summer and will be right next door to Planet Hollywood. Fieri and Earl plan to make this a flagship location and expand to a national chain in the future. Regardless, Chicken Guy! will feature the personality that Guy has become known for including his signature fist bump upon ordering.

Fast, Casual Chicken Guy! in Disney Springs: will you visit?