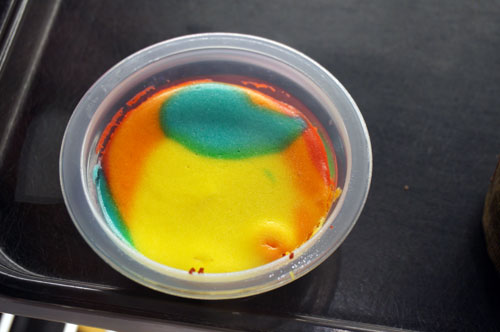 Disney’s Pop Century Resort is an over-the-top kind of place. After all, where else can you find a three story tall Big Wheel or a seven foot tall Mr. and Mrs. Potato Head?

As much as Disney makes a big statement in the designs, colors, and icons all around the resort, they make just as big a statement with the food. This is especially noteworthy since quite a bit of the food in the Disney Value Resorts is pretty standard. After all, they have to cut corners to make the ‘value’ somewhere.

However, there are exceptions.

In particular, the special food items at the Art of Animation Resort are really unique and delicious.

Pop Century has had a very unique desert item on the menu for quite a while – the King Cupcake, which you can find only at Pop Century.  Where else can you find a cupcake that features banana, peanut butter, and bacon – all in one package? 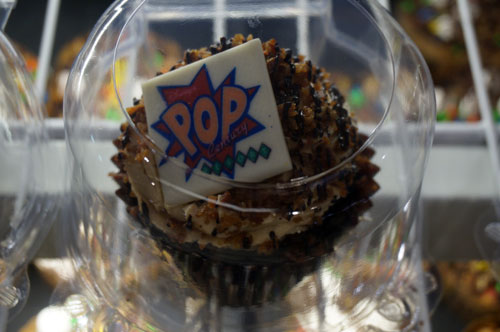 The King Cupcake, with peanut butter, banana, and bacon, is definitely unique.

In addition to the king of all cupcakes, you can find two other unique and wildly colorful, sweet items at Pop Century. As best I can tell, you can only find them at Pop.

This unique and wildly colorful desert has been on the menu since the resort opened. It used to come in the form of a slice, but now Disney serves it up in a small cup. It is made up of multi-colored cheesecake on top of a red cake that acts as the crust.

I have to admit, I’m a bit of a cheesecake snob. I really like the stuff, but only when it is good quality. Even with my huge sweet tooth, I will actually pass on a cheapie cheesecake made from a box.

However, I have to say that this cheesecake is good. Really good.

The colors may be psychedelic, but the taste is out of this world. The next time you are at Pop Century, but sure to give this cheesecake a try. 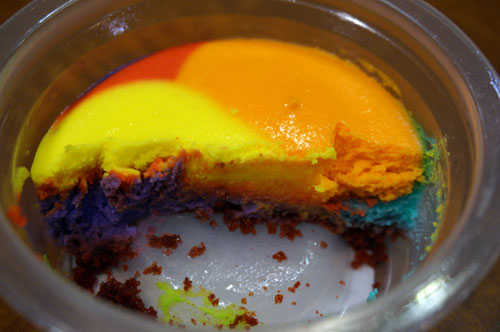 The crust is different and tasty.

This cheesecake isn’t the only funky, fun food at Pop!

Head over to the desert counter, and place your order. The Cast Member will start with a plastic cup, fill it up with sweet yellow lemonade, and then they will top it all off with cotton candy.

Of course, the cotton candy on top melts quickly into the lemonade, but it leaves behind some wild colors and some unique tastes. 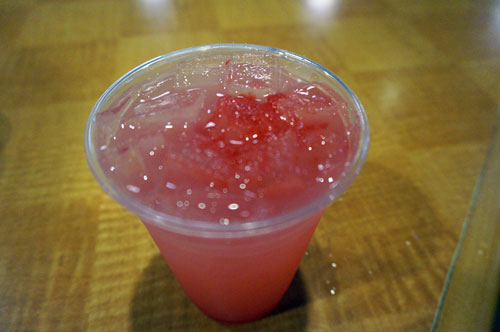 Plus, if you mix everything up, your standard yellow lemonade turns into a wild red drink.

Of course, the Pop Century food court isn’t just about odd choices. You can find flat breads, salads, hamburgers, and even muscles (yes, the kind that grow under the sea).

If you are looking for a more “normal” desert, check out this incredible brownie. 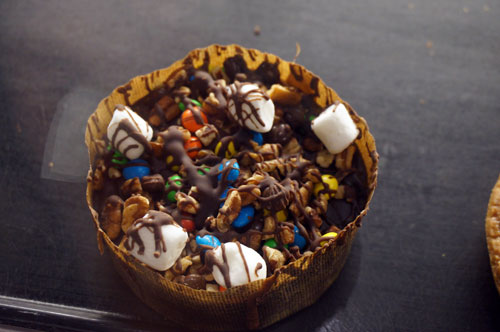 Do you like the wild deserts at Disney’s Pop Century Resort?