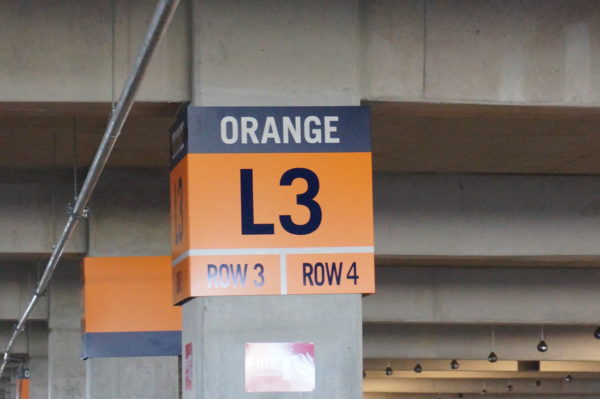 Disney World is always at the forefront of technology.

They also have a long relationship with Chevrolet, who has helped to pioneer electric cars into the main stream with their Volt model car that runs on electric then transfers to a gas powered generator when the electric has depleted.

There are dozens of other electric cars on the market including the Nissan Leaf, the BMW i3, the Kia Soul EV, the Mitsubishi i-MiEV, the Ford Focus Electric, the Fiat 500e, the Toyota Mirai, several models of the entirely electric brand Tesla, and many more.

With this market growing, it’s important to find charging stations especially for those cars that have no backup power.

Fortunately, Disney has installed several charging stations around the Resort.

These are all ChargePoint stations. To find them at Disney World and in other places, download the ChargePoint app and enter a credit card or a pre-ordered ChargePoint card available at chargepoint.com

There is no standard per day rate for parking at these stations like other Disney parking. Instead, you’ll pay $0.35 per kilowatt hour with a minimum service fee of $1.50. Like at home chargers, the ChargePoint chargers will stop charging when the battery is fully charged. The app will alert you when your car is charged at which point you can move it to another location to allow another EV to charge.

Does Disney do a good job keeping up with technology?