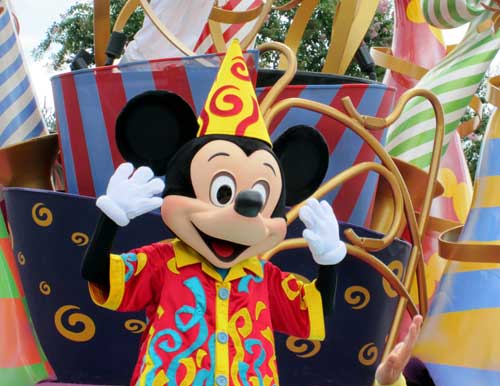 A big mistake that some Disney fans make when going to another Disney Park for the first time is assuming everything is the same at every park. The great thing about Disney Parks is that although some aspects are the same, which can be very comforting, you get a different experience from what you are used to.

Since Character hunting is a great past time for some visitors, I am here to share some great tips when exploring a Disney world or Disneyland for the first time.

Location is a key factor, and one that really throw people off.

At Disney World, most of the character meet and greets are always in the same location, day after day, 365 days a year. For example. some princesses will be in Princess Fairytale Hall in New Fantasyland or in World Showcase at Epcot in their respective countries. Mickey and Friends can be found in every park. So that does make it easier to find most characters. On rare occasions they do have what they call “Pop up sets” where some characters will show up in a spot they normally don’t and it is not advertised. They also have character dance parties, like the recently opened “Club Disney“, where characters come out into the audience and dance with you. They do not sign autographs but sometimes will stop for a quick selfie.

Disneyland has roaming characters , meaning they will usually be in a certain land of the park but on the move, as well as characters who meet in one spot only. For example, Peter Pan and Hook have been seen playing tag before and Cruella has been seen running amuck near Mr. Toad’s wild ride. If you hang out at the main gate just after the ticket turnstile, you will spot characters hanging out there too. During my first visit I met Aladdin, Princess Jasmine, Genie, Ariel, Cruella De Vil, Cinderella, Snow White and Goofy at the turnstiles alone – before even entering the park!  Disneyland also has characters in fixed locations, too.  The fairies are a good example and can be met at Tinker Bell’s Nook in Fantasyland.

The best way to locate characters is to do a little research ahead of time, and then plan accordingly. I highly recommend using KennythePirate.com for character locations and times for Disney World. If you do not have time, make sure you grab a park map and make a point to decide who is on your to do list to see.  Also, do not be afraid to ask questions. Ask a Cast Member if you are unsure and be on the lookout for Character Attendants (or Character Hosts for Disneyland).

The way to behave when meeting characters is essentially the same in both parks with only small differences.

In Disney World, when you spot a Character attendant, or a “Blueberry” as they are nicknamed for their blue costume shirts, there will ALWAYS be a character near them. They are an excellent source of information and will always be keeping the character’s lines moving. Sometimes they can even provide paper and writing utensils to get an autograph when you are out.  They will often be happy to take a photo for you when a Photopass Photographer is not available. Character attendants are able to inform you when the character will be leaving and when they will return. In short, they run the show.

At Disneyland, they do have Character Hosts, but sometimes they are in the distance making sure everything is going smoothly, reminding guests every now and again that the character has to leave in X amount of minutes and will return shortly. At times the character themselves are running their own lines very smoothly and efficiently, although you usually only see this with the roaming characters of the park. When meeting characters such as the Fairies, Princesses or Characters from Cars, they will always have a character host by their sides since they normally meet in one spot.

Some tips for meeting a character in both Disney World and Disneyland (some straight from the attendants!)

The good thing about character dining is that the methods are essentially the same way no matter which park you are visiting. As always, it is best to make an Advanced Reservation (ADR) for character dining just as a guarantee. Sometimes during low peak seasons you can get one without an ADR. With all character meals the character will make their way around the room, greeting each table so there is no need to approach them. There will be no need to chase after the characters with this being said and they tend to not stop if you do.

Do you spend time in character meet and greets when you visit Disney Parks?