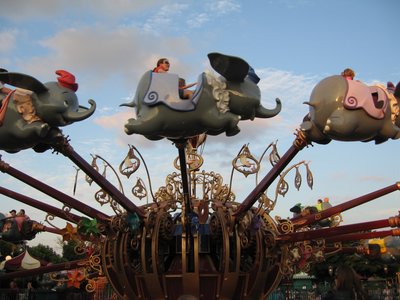 Changes To Watch At Disney World In 2012

Walt Disney himself said that the theme parks were not meant to be museums.  The year of 2012 is no exception. We can look forward to some great changes and additions this year.

One of the biggest changes that will take place in the Future World area of Epcot.  Disney is re-branding the exciting Test Track attraction. Disney has signed a new agreement with Chevrolet – the specific brand vs. the old agreement with General Motors – the overall company. Test Track will become the Chevrolet Design Center. While details are still being worked out, there will be some aspect of guests being able to design and then potentially drive their own cars. The Test Track attraction will be closed for much of the summer of 2012 for the rebranding and changing of the attraction.  It will be interesting to see how much of a change we experience in the end, whether it is just new logos or a significant overlay to the actual ride experience.

The Richard Petty Driving Experience is located in the massive parking lot of the Magic Kingdom. That area is adding new experiences called the Exotic Driving Experience. Here you will be able to either drive or ride along with a professional driver in a high-end and very expensive Lamborghini, a Ferrari, or a Porsche. Rides start at around $100 as a passenger or around $200 as a driver. If you enjoy fast and expensivecars but don’t have the budget to actually purchase one, this is a great way to experience these awesome driving machines. At least for a few hours.

Perhaps the most exciting change to the Disney world resort in 2012 will be the initial opening of the first phases of the expanded Fantasyland in the Magic Kingdom. This is the largest expansion of the Magic Kingdom Park is 40 year history. The size of Fantasyland will nearly double. Early in 2012 we expect to see the opening of the new Dumbo ride as well as the rethemed Goofy Barnstormer which will now be called the Great Goofini.

Later in the year should see the opening of the Under the Sea-Journey of the Little Mermaid.  This new dark ride is the same as the one that recently opened in Disneyland at Disney’s California Adventure theme park. While the ride itself is said to be exactly the same, the exterior and the queue area is quite different.

Also later in 2012 we should see the opening of the Be Our Guest restaurant which is based on the film Beauty And The Beast. The unique aspect of this restaurant is that during lunch time it is a quick service (fast food) restaurant. At night it transforms into a sit-down restaurant. We think this is a great addition because the dining options specially for sit-down restaurants are quite limited in the Magic Kingdom theme park.

The year 2012 or also see the opening of Disney’s 25th a resort hotel, the Disney’s Art Of Animation Resort. This resort will eventually feature 2000 rooms, about half of which are family suites.

This will be a moderately priced resort, styled much like Disney’s Pop Century Resort and the Disney’s All-Star resorts. Giant Disney icons will theme the resort based on classic Disney animated movies such as the Lion King, Cars, and The Little Mermaid. This is sure to be a fun place to stay.

One of the great things about the Walt Disney World resort in Orlando Florida is that things are always changing and growing. Walt Disney himself said that the theme parks were not meant to be museums.  The year of 2012 is no exception. We can look forward to some great changes and additions this year.