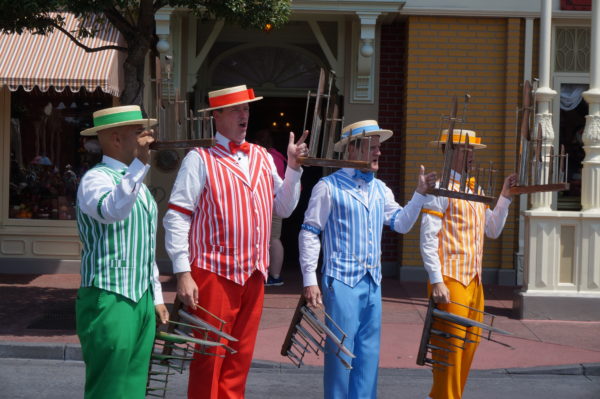 Dapper Day was launched in February 2011, and events take place every year in the Spring and Fall in Los Angeles, Orlando, and Paris including Disneyland, Disney World, and Disneyland Paris.

This year’s Spring Outing will be held in Disney World on April 26, 27, and 28. Friday night is Dapper Day Eve. The group hasn’t announced specifics for this night, but the website says to look for plans at Disney Springs. Saturday’s Outing will be at Magic Kingdom, and the group will head to Epcot on Sunday.

Participants are encouraged to dress in their finest style from vintage to contemporary. Active and retired service members are encouraged to wear their dress uniforms! Since this is not a “costume” event, you will not be bound by Disney’s “no adults in costume” rule.

Would you attend Dapper Day in Disney World?