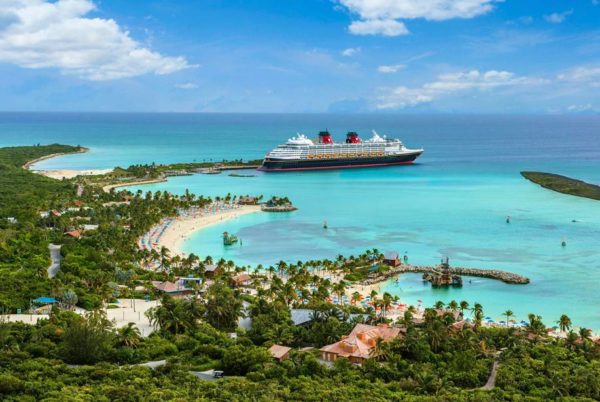 Disney Cruise Line made its maiden voyage in 1998 on the Magic with one stop being Castaway Cay, a 1000-acre private island with crystal clear blue water, white sand beaches, and palm trees.

Castaway Cay has become a favorite private island among cruise lines. In fact, Castaway Cay has won Top Cruise Line Private Island in the Cruise Critic’s Cruiser’s Choice Destination Awards for the last four years in a row with the latest being this year!

Disney credits their officers and crew for such high remarks.