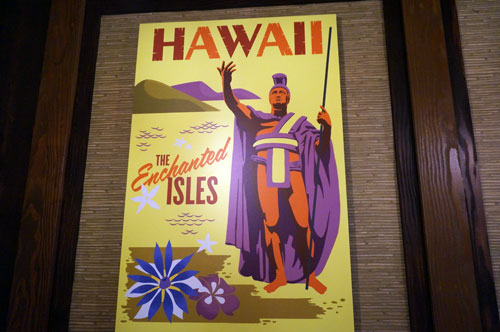 Captain Cook’s Returns but with No Dole Whip

When Captain Cook’s closed back in March of 2014, we didn’t know exactly what would happen with the space.

Now we know the answer.

Captain Cook’s is back, and basically unchanged, with one big exception: it no longer serves the ever-popular pineapple concoction called Dole Whip.

However, you don’t need to be too sad. Here is why.

Today, you can find Dole Whip in two other places on Disney World property: in the Aloha Isle quick service location in Adventureland in the Magic Kingdom, and also in Tamu Tamu Refreshments in the Africa section of Disney’s Animal Kingdom.

Tamu Tamu Refreshments just started serving Dole Whip in May, 2014. The Animal Kingdom location adds a twist (pun intended) and allows adults to add dark rum or coconut rum. This is the same as the offering at the Epcot International Food and Wine Festival.

For those who are fans of enjoying Dole Whip in the lovely tropical environment of Disney’s Polynesian Resort, you can rest assured that Dole Whip will in all likelihood return. The now-closed Wyland Gallery, which sold expensive marine-themed art, is slated to become Trader Sam’s and will offer Dole Whip. We might even get some additional, new Polynesian-inspired ice cream treats in this location.

Beyond Dole Whip, Captain Cook’s still serves up some south-seas inspired quick service food. Here are some of the more interesting items on the menu:

Will you miss getting Dole Whip at Captain Cook’s?