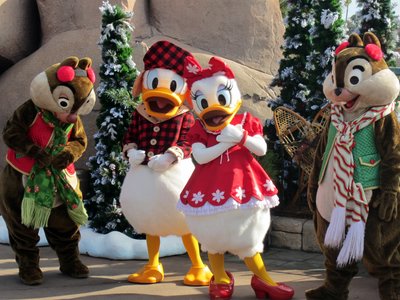 Disney put up a temporary character meet-and-greet area in the Canadian pavilion area, located up against World Showcase lagoon. It featured snow-covered evergreens, snow shoes, and a bit of snow from a snow machine (although I’m not sure if that effect was working as intended since the snow was pretty minimal).

Four Disney walk around characters came out in their best Canadian-inspired winter clothes to sign autographs, post for pictures, or just offer hugs: Chip and Dale, Donald Duck, and Daisy Duck. That days was especially warm for a January in Florida – hitting 80F, so I’m sure that our duck and chipmunk friends were plenty toasty.

Let’s look at some pictures of the event. 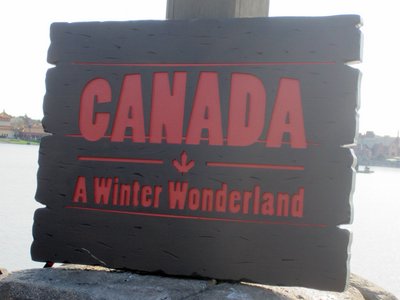 The event was called a Winter Wonderland. 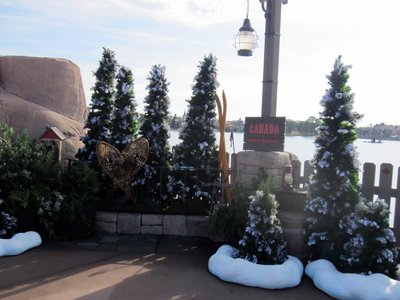 Evergreens were the backdrop along World Showcase lagoon. 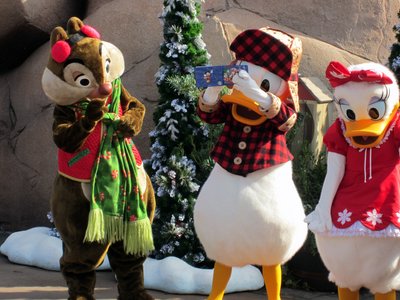 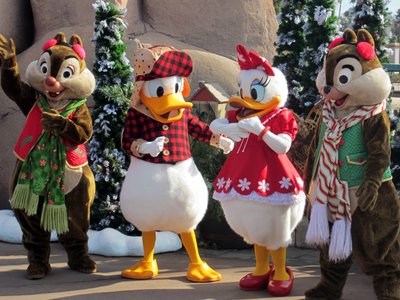 And a good time was had by all.

What do you think about the Canada Winter Wonderland?