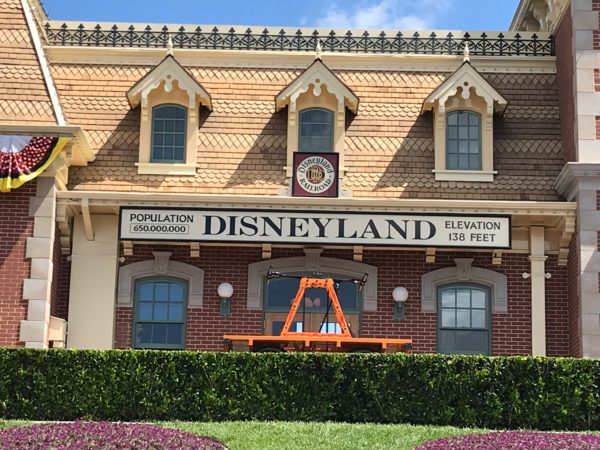 The state of California provided an update on its theme park reopening guidelines.  The state has provided different reopening rules for larger parks vs. smaller parks, and based the rules on the health tier status of their location:

Tier Yellow (minimal) means that there is less than 1 daily new case per 100,000 residents and that the positivity rate is less than 2%.

All parks will need reservation systems. The parks must require that guests wear face masks throughout the park unless they are eating or drinking.

What Does This Mean for Disneyland?

As of last week, Orange County, California (home to the Disneyland resort) was rated as Tier Red (substantial), meaning the park is not able to open.

State regulations require that a county stay in a tier for at least three weeks AND met the conditions for a less restrictive tier for two full weeks before they are categorized into the next tier.  That means that Orange County must move to Tier Orange AND meet all the conditions of Tier Yellow before Disneyland and Disney’s California Adventure can reopen.

In short, this is a very high standard, making it unlikely that the Disneyland Resort will reopen in 2020.

Anaheim Mayor Harry Sidhu issued a statement saying that the guidelines fail working families and small businesses, many of which will not survive. He said that the city’s operations can safely and responsibly reopen soon and that they should be allowed to reopen in Tier Orange – not Tier Yellow.

Dr. Clayton Chau, Director of the Orange County Healthcare Agency, said that it will be very hard for Orange County to achieve Tier Yellow.

Dr. Chau also said, “Personally, I think that we can look forward to a yellow tier by next summer, hopefully. Hopefully.”

If this turns out to be the case, Disneyland would remain closed for another six to nine months.

To say today’s announcement on theme parks is disappointing would be a grave understatement. The Governor has not used science or data to inform his decision. Theme parks have opened and operated safely around the world for months. Data and science prove that theme parks can operate responsibly anywhere – there is no rational reason to believe they can’t do so in California. No one cares more about park employee and guest safety than the parks themselves.

Let me be unequivocal– the guidance issued by the Newsom Administration will keep theme parks shuttered for the foreseeable future. By forcing amusement parks to stay closed until their home county reaches Tier 4, the Governor has issued a “Keep Theme Parks Closed Indefinitely” Plan which will devastate California’s major theme park industry.

This plan prolongs unemployment for tens of thousands of people, hastens bankruptcy for families and small business owners adjacent to parks, and contributes to insolvency for local governments whose budgets rely on parks as an anchor economic driver.

Ken Potrock, President of the Disneyland Resort, issued this statement:

We have proven that we can responsibly reopen, with science-based health and safety protocols strictly enforced at our theme park properties around the world. Nevertheless, the State of California continues to ignore this fact, instead mandating arbitrary guidelines that it knows are unworkable and that hold us to a standard vastly different from other reopened businesses and state-operated facilities. Together with our labor unions we want to get people back to work, but these State guidelines will keep us shuttered for the foreseeable future, forcing thousands more people out of work, leading to the inevitable closure of small family-owned businesses, and irreparably devastating the Anaheim/Southern California community.

It seems that the state of California is holding theme parks to a different and higher standard.

Some attractions in southern California have reopened, including the San Diego Zoo and the LEGOLAND SeaLife Aquarium. Knott’s Berry Farm and SeaWorld have reopened without attractions under the shopping and dining rules.

Disneyland may remain closed for months.  Is California treating them unfairly?