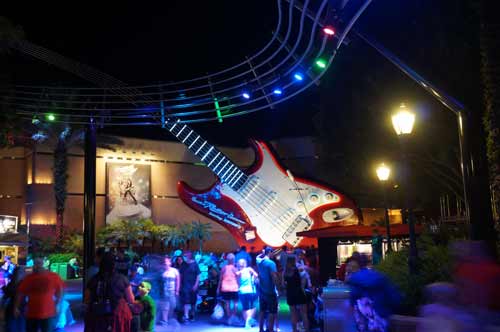 Even the bumpiest rides in Disney World are pretty smooth compared to many other theme park rides. Disney uses highly advanced technology to make its rides smooth and enjoyable for many riders. However, there are some rides that are designed to be jerky.

If you are prone to motion sickness or have had an injury such as whiplash, you might want to avoid these rides. On the other hand, if you love to be whipped around, these rides are for you!

Toy Story Midway Mania in Disney’s Hollywood Studios is a 3D technologically advanced ride that takes riders through a series of classic carnival-inspired games including a ring toss, a shooting gallery, and a pie toss. Guests can earn points by hitting targets and compete with family and friends to make a real game out of it.

Toy Story Midway Mania may not be good for those who are sensitive to motion because you will wear 3D glasses throughout the ride. However, if you are bothered by 3D attractions, you can simply remove the glasses. Although you won’t get the full experience, you also won’t feel sick afterwards. The ride will still function basically the same.

Tomorrowland Speedway in Disney’s Magic Kingdom gives even young fans the opportunity to get behind the wheel of cars that “race” around a 2000-foot railed track at a whopping seven miles per hour. Walt loved cars and driving, and his grandson wanted to be just like him. Therefore, Walt created a similar ride called Autopia, which gave kids the chance to drive “real” cars.

This ride is quite bumpy because it bumps into the rail along the track. It is also quite difficult to actually maneuver the car how you want to. What’s more, the Speedway is smelly because it uses real gas to power the cars.

Unlike the first ride on our list where you can make adaptations to avoid motion sickness, there isn’t much you can do to avoid triggers on this ride. If the combination of bumping around and sniffing fumes can make your stomach turn, avoid this ride.

Disney’s Hollywood Studio’s Tower of Terror is Disney World’s second tallest ride. At 199 feet, it is only half of a foot shorter than Expedition Everest. For those of you whose motion sickness is height-induced (of if you don’t like the split second of weightlessness in traditional elevators), this ride may not be for you.

Tower of Terror is a free-fall tower ride with random drop and rise sequences. Guests will experience periods of weightlessness simulated by cables attached to the bottom of the elevators that pull down on the ride vehicle slightly faster than the rate of gravity. The ride reaches a top speed of 30.7 miles per hour.

Kali River Rapids is a fun attraction that carries on the theming of Disney’s Animal Kingdom. Located in the Asia section, Kali River Rapids deals with illegal logging and the habitat destruction that comes along with it. The ride begins peacefully as the 12-person raft ascends a 90-foot lift hill. You’ll also go through a jasmine and ginger-scented mist. At first, the water is smooth, and the atmosphere is serene. Things quickly change, and the water becomes choppier as the chaos of logging becomes apparent. The raft spins and bumps along the white water and soaks riders with water-spraying statues, spray guns from the bridge, which are actually controlled by guests on the bridge, and splashes from the white water.

Although this ride might not be the worst motion-sickness-inducing ride in Disney World, the bumps can irritate injuries like whiplash. Be sure to read signs before riding to so that you don’t injure or reinjure yourself.

Hollywood Studios is known for its 3D rides and is home to a modern motion simulator ride called Star Tours. Star Tours has a huge fan base and is most popular with fans of the movie on which it is based, Star Wars. This ride takes riders on a chariot race through Ben-Hur, and there are over 50 different ride variations.

3D rides tend to be most aggravating to motion sickness, but this problem can’t be solved by taking off your glasses since the motion simulator moves in place. However, if you get on the ride and start to feel nasty, simply removing your glasses may help to get through the ride without getting too sick.  You can also close your eyes, which may help.

Mission: Space, in Epcot’s Future World, is a motion simulator ride similar to Star Tours. Guests board either the Green Team (non-spinning) or the Orange Team (spinning) simulator and get to experience the closest they’ll likely ever get to an actual space shuttle launch. In fact, real astronauts helped design this ride, and once it was finished said they’ve never experienced something so similar to the real thing. Riders will feel twice the pull of Earth’s gravity at 2.5 G-force. Each rider has a “job” during the launch, which is determined based on your seat position, but unexpected situations arise to add to the excitement and drama.

Although this ride does not have 3D glasses, you are seated so close to the projection screen that you feel completely immersed in the experience. Several modifications have been made from the original version including a non-spinning option and fans added to avoid motion sickness. Bags were also added within riders’ reach in case you do get sick. Even the Green team, or non-spinning option, is quite intense and should be avoided if you don’t like that kind of thing or if you are claustrophobic since the capsule is pretty tight.

Rock ‘n’ Rollercoaster is a fan favorite at Hollywood Studios. It is a very smooth enclosed rollercoaster featuring Steven Tyler with Aerosmith and stretch limos, but it is the only ride in Disney World that goes upside down. I was always afraid that the inversions would bother me, but moving so fast, you barely notice it. Speaking of fast, Rock ‘n’ Rollercoaster is the second fastest ride in Disney World launching guests from 0 to 57 miles per hour in just 2.8 seconds. Going into the first inversion, you’ll experience 4.5 G-forces, and the second inversion is a corkscrew. I always walk off of this ride feeling like I have sea legs.

Because the ride is so smooth, it doesn’t usually induce motion sickness, with the exception of the Jello-like legs, but those who don’t like going upside might want to skip this attraction.

Head underground and board the ride vehicle, a Time Rover. With the Seeker as your guide, the vehicle sets off and the ride quickly begins making tactical maneuvers to avoid threats like falling trees and hungry dinosaurs. You’ll experience rapid accelerations, drops, turns, and twists as well as periods of darkness, light, and flashing strobe lights.

I’m not usually one to be bothered too much by jerky rides that aren’t 3D, but this ride is pretty bumpy and jerky. It’s made worse by the amount of scenery to look at and the feeling of not knowing what is coming next. If you’re like me, you might want to leave this one off your itinerary.

The Primeval Whirl, also in Disney’s Animal Kingdom, is right next door to Dinosaur in Dino-Land’s Chester & Hester’s Dino-Rama. Fitting the theme of the area, this steel-wheeled mouse spinning roller-coaster ride has a cheesy time-travel theme. The cars make quick rises and dips and spinning maneuvers around a tightly wound track. It actually has two coasters with identical tracks facing opposite directions, so the ride is the same on both sides.

This attraction is number one on my list because it tends to generate nasty feelings in many stomachs mostly because it is very bumpy, jerky, and unpredictable. If old-fashioned carnival rides aren’t your thing, skip this ride.

Are you a fan of Disney’s bumpy rides?   Or do you avoid them?