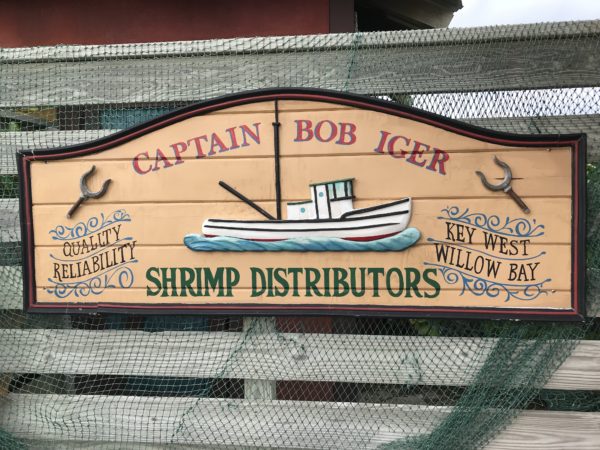 As Disney fans, we have had a lot of time on our hands lately. I’ve searched for ways to bring Disney into my everyday life without being in the parks or even have park news updates/posts. One of my outlets has been reading as much as I can about the Walt Disney and the company. To be honest, long before the days of being quarantined, I bought as many Disney books as possible; it’s just that now I have an excuse to sit around all day and (re)read them!

Here is one of my favorites from the bunch: The Ride of a Lifetime: Lessons Learned from 15 Years as CEO of the Walt Disney Company by Bob Iger.

One of my favorite genres of books to read is biographies, especially ones regarding entrepreneurs and CEOs. One of the biggest problems with this genre is that typically the books fall into one of two categories. The first is a group of books with self-congratulatory stories about how a certain individual saved a company or is the sole reason for its success. The second group is full of individuals or companies that you gain a new sense of respect for after hearing the trials and tribulations of the subject. For Bob Iger, his story is deservedly placed in the latter.

Iger’s tenure has been one full of polarizing decisions and a love-hate relationship with fans. My opinion of Iger and his decision is that I believe he fell into a trap. Acquiring properties like Star Wars, Marvel, and Pixar was great for the bottom line, but what was being done for my favorite arm of the company in parks? What became clear after I completed The Ride of a Lifetime, was that the decisions that Iger made were done with Disney’s best interest in mind and was not as simple as throwing wads of cash to buy up the competition. Throughout the book, you will see that Iger’s drive to be innovative paved the way for Disney to see its highest stock prices in the company’s history. You’ll see how Iger had to build and mend relationships with some of the most influential creators of our generation. You’ll also see that the road to the top for Iger was not as easy as typically portrayed in the media and by fans.

At the University of Michigan, there is a title that gets thrown around quite a bit when looking at applicants for a job (mostly in athletics) – “Michigan Man”. The phrase, although a bit outdated with its use of the word man, is a way of saying that a certain individual has the University’s colors running through their veins. A Michigan Man is someone who will make decisions with University in mind and will honor the traditions and legacy of the University of Michigan’s storied history. After completing The Ride of a Lifetime, I thought to myself that Disney had their “Michigan Man” in Iger. As you will read in the book, Iger fought tooth and nail to rise up the ranks at Disney. At certain points Iger was flying from coast to coast, sacrificing family time, all for the chance to be considered for the privilege of CEO. At a few points in his career, it seemed as if his time at Disney, in general, was limited, but he stuck it out and made it happen. I truly found the stories behind Iger’s rise to the top, as well as the Disney history made along the way, to be fascinating and well worth the read.

I completed The Ride of a Lifetime before Iger stepped down as CEO. Just weeks after Iger had vacated the position, and new CEO Bob Chapek stepped in, it was announced Iger would take back some CEO-like responsibilities from Chapek (due to COVID-19). Whether this was a smart decision or not has yet to be seen, but one thing I do hope is that there is a Ride of a Lifetime Part 2 in the works. In just a few months after Iger’s book hit shelves, so much has changed in the company and for Iger. Iger’s ability to complete his first book so candidly would allow fans to see an inside look at such a historic time at the Walt Disney Company, should a Part 2 be penned.

If you enjoy biographies, are a Disney nerd (like me), or just want to read a great book, I highly suggest you give The Ride of a Lifetime: Lessons Learned from 15 Years as CEO of the Walt Disney Company by Bob Iger a read.

You can click the affiliate link below to purchase the book from Amazon:

Have you read Iger’s autobiography? What did you think?