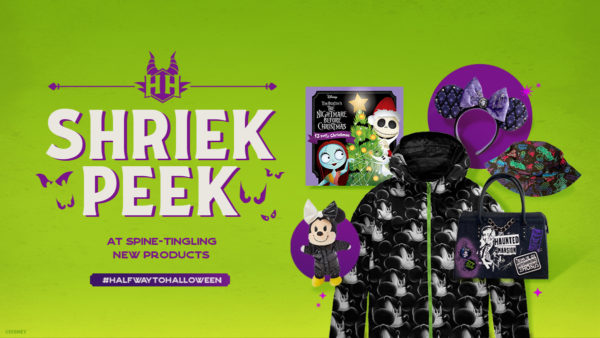 The Disney Parks social media accounts were filled with creepy and “not so scary” posts, all teasing some updates of what to expect this Halloween season.

It looks like Halloween at Walt Disney World will be a little different this holiday season.  Instead of Mickey’s Not So Scary Halloween Party, Disney announced an all-new After Hours Party titled “Disney After Hours BOO BASH”.

” “Disney After Hours BOO BASH” will take place on select nights, Aug. 10 – Oct. 31, from 9 p.m. to midnight*. Spooky festivities will include Halloween-themed cavalcades, character sightings throughout the park, special performances by the Cadaver Dans, décor, lighting, music, treat stops with plenty of candy and so much more!”

“Disney After Hours BOO BASH” tickets will grant admission to Magic Kingdom Park as early as 7 p.m. without the need for a day park ticket or Disney Park Pass theme park reservation, giving you time to enjoy even more of your favorites.  Guests young, old and immortal can dress in costume for the occasion and get their fill of Halloween candy.”

It appears guests of Walt Disney World resort hotels will have a window for early access to purchase tickets to the Bash’. Tickets for “Disney After Hours BOO BASH” will go on sale next month.

The Disney Parks YouTube account teamed up with Uncle Deadly of the Muppets, to bring us a spooky, self-guided, and interactive tour of Disney’s Haunted Mansions. Fans can watch Uncle Deadly’s intro video and then click around their screens for some behind the scene looks of several Disney attractions.

The tours have been posted as a way to promote Disney’s new Boo Bash’ and Disney+’s new Halloween Special premiering this Fall.

“We highly encourage you to see this journey through to the end as a special spooktacular is in store: a surprise look at an all-new Haunted Mansion-themed special premiering this fall only on Disney+.”

Let’s take a “shriek peek” at some of the Disney Halloween Merchandise for 2021:

“You’ve already been taking your Disney nuiMOs plush characters on adventures with you everywhere, right? Well, it’s time to step up their style with some trendy new outfits themed to the upcoming new live action film from Walt Disney Studios, “Cruella.” Get inspired by one of the most notoriously fashionable villains, and give your nuiMOs some edge by outfitting them in her punk rock style. Coming in early June to shopDisney.com and select Disney stores and Disney Parks around the world!”

“You may have 999 Haunted Mansion-themed items, but there’s always room for one more! Check out some swag from an all-new Haunted Mansion collection coming to shopDisney.com, Walt Disney World Resort and Disneyland Resort in early July.”

“There’s no Halloween without a Villain, and the new Disney Villains Streetwear collection is a perfect celebration of all things evil. People won’t know whether to love or fear your style when you’re sporting a bucket hat and jogger pants featuring such notorious villains as Hades, Ursula, Maleficent, and more. Coming in late July!”

“Let your favorite Disney Villains guide you through your cooking adventures with Disney Villains: Devilishly Delicious Cookbook, available for pre-order now. Or, if you’re looking to get engrossed in a series, check out the fairy tale-inspired crime series City of Villains, or the dark and edgy Disney Chills chapter book series, both available now. You might want to keep the lights on for those!”