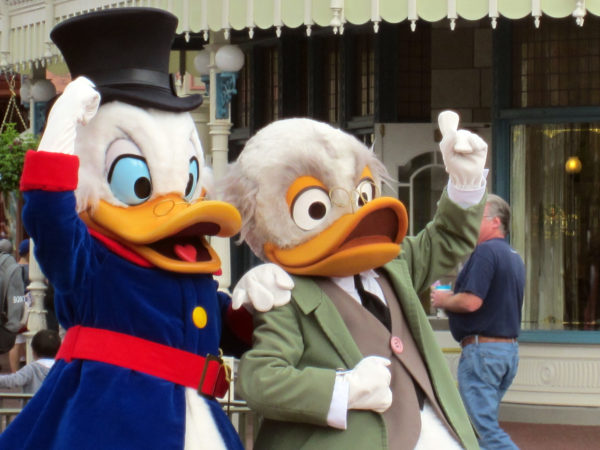 Bob Iger came to The Disney Company in 1996 when Disney acquired Capital Cities/ABC, Inc. and became president and Chief Operating Officer of Disney in 2000.  He succeeded Michael Eisner as CEO in 2005.   Iger was Roy E, Disney’s, Walt’s nephew, choice after Roy was unsatisfied with how the company was being handled under Eisner’s control.

Since Iger joined the company, Disney has acquired an amazing 26 organizations including Lucasfilm, Marvel Entertainment, Pixar Animation Studios, and, most recently, 21st Century Fox for $66 billion.

These acquisitions have given Disney the rights to Star Wars and Toy Story, both of which will open their own themed lands in Disney’s Hollywood Studios in 2019 and 2018, respectively. The Marvel ownership is a bit confusing as it doesn’t allow Disney to include themed attractions in Florida, but Disney still makes money off of the movies and they have the rights to sell merchandise.

Acquiring 21st Century Fox, including its film and television studios, puts Disney in an excellent position to launch their digital video streaming service in the near future and, not to mention, directly compete with high-tech streaming giants like Netflix, Amazon, YouTube (owned by Google), Facebook Video, and Apple iTunes.

If this sounds impressive, that’s because it is, but it’s all part of one of Bob Iger’s secret talents that makes him a leader in the industry. We talk a lot about the theory of a general Disney decline, but when comparing profits before Iger took over, the company is making more money and is financially very health.

So what’s the secret sauce that allows Disney to rake in money?

What makes Iger a shrewd business leader is that he has a keen eye for large, growing, and high-value targets – especially those that have significant staying power and little competition.

Disney is the master of synergy, where one plus one equals three, and it takes its acquired assets and uses them throughout the organization:  movies, television, publishing, theme parks, and merchandise.

Interestingly, this acquisition also extended Iger’s contract from 2019 to 2021 so he could oversee the combination of businesses.  This raises the question of Disney’s succession plan, but that is a story for another day.

Capital allocation is a never-ending process, and Iger has even been quoted saying, “The riskiest thing we can do is jut maintain the status quo.” This sounds awfully similar to something Walt said: “Disneyland will never be completed. It will continue to grow as long as there is imagination left in the world.”

It’s obvious that, as long as he is around, Iger will continue to grow Disney through acquisition, and this will be his legacy.