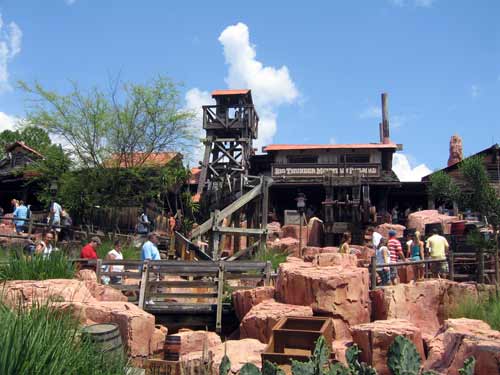 It’s no secret that Walt Disney loved trains. As such, Big Thunder Mountain Railroad was supposed to open with Magic Kingdom but was delayed twice when it interfered with the Pirates Of The Caribbean construction.

After opening in Disneyland in 1979, the ride finally opened in Disney World on November 15, 1980. The rides are mirror images of each other with one slight difference: the color. Imagineers decided it was better to blend Big Thunder with its neighbor, Splash Mountain, than to replicate the color from Disneyland since many guests would not notice the difference.

Even 35 years later, Big Thunder Mountain Railroad remains one of the most popular rides in Disney World. Fortunately, guests can get a FastPass+ for the ride. If you don’t want to wait in line for an hour or more, it’s important to snag that FP.

Although riders must be 40 inches tall to ride, all riders under seven years of age must be accompanied by an adult, and no one with back or neck problems or mothers who are expecting should ride. If you have a little one that is too small to ride, use the rider switch so you only have to wait in line once. 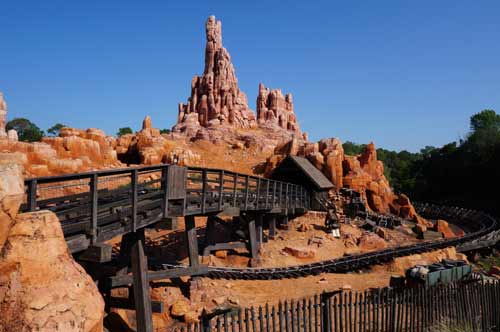 Besides the color of the mountain itself, the Walt Disney World version of the ride is identical to the one in Disneyland.

Let’s take a look at why this ride is so popular!

In accordance with Disney style, Big Thunder Mountain Railroad has an amazing queue. The theming begins right away, and the ride fits perfectly in Frontierland. As you walk up to the ride entrance, it’s obvious that it is themed after an old mine. This is carried throughout the queue and the ride itself.

As you make the walk to the train, you’ll see signs warning of explosives and other hazards. There is even an interactive queue where guests can depress a plunger on old-fashioned dynamite detonators and watch for an explosion in the canyon below. Don’t forget to look for Disney puns and hidden Mickeys as you walk through the line! 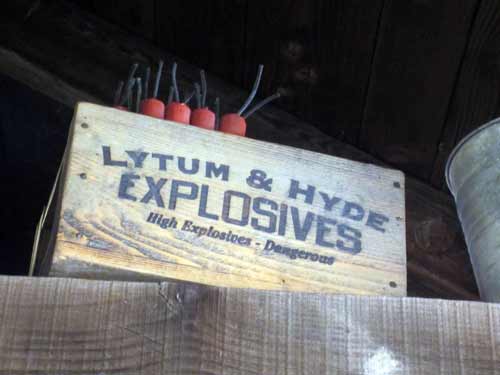 Watch out for explosives on Big Thunder Mountain.

As I mentioned above, the abandoned mine theme is carried into the ride itself. Once you board the train, you’ll almost immediately ascend through a tunnel and emerge through a rock face. As the ride progresses, you’ll twist and turn through the mountainside past geysers, creek beds, dinosaur bones, and an abandoned old west town.

What makes this ride really great, beyond the amazing theming, is that it doesn’t use any fancy effects to make it fun and thrilling. There aren’t any steep drops or loops; instead, the ride employs speed and winding turns to create excitement.

Big Thunder Mountain is exciting from start to finish!

If you want to ramp up the experience, try riding Big Thunder at night! At dusk, the canyon and old west town light up with a warm glow of amber light creating an even more thrilling and  spooky feel. The darkness of the tunnels contrasts nicely with the amber light of the outdoor scenes.

Are you a fan of Big Thunder Mountain Railroad?