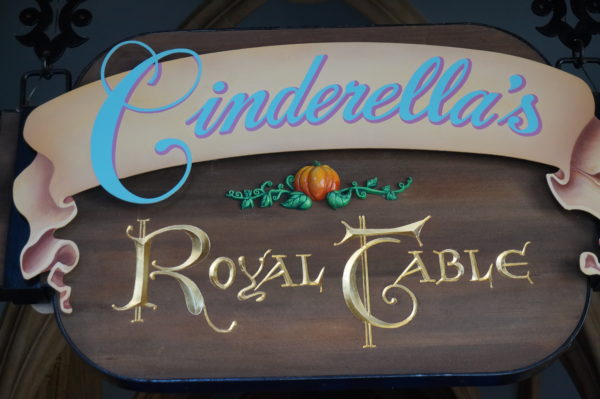 At Disney World, food is very important. You’re going to be walking and doing more in a Disney day than you would do in a typical day, so start your morning off right with some delicious breakfast! Disney also has some great deals on breakfast, so fill up and save money on food the rest of the day!

Let’s take a look at the best table-service breakfasts in Disney World!

Kona Café at Disney’s Polynesian Resort is a casual dining location that serves up consistently good breakfast items including specialty pancakes like macadamia pineapple pancakes, which is always on the menu, plus seasonal pancakes. Kona’s signature dish, though, is the Tonga Toast, which is thick-cut sourdough bread stuffed with bananas then deep fried and rolled in cinnamon sugar.

The Poly is a Magic Kingdom area resort, so it’s easily accessible from the monorail, and it’s perfect place to eat just before heading to Magic Kingdom or Epcot for the day.

‘Ohana is also at Disney’s Polynesian Resort making it a convenient spot. ‘Ohana is a character dining meal called Best Friends Breakfast with some of your favorite Fab Five characters plus Lilo and Stitch.

‘Ohana is not a buffet, so you don’t have to get up and get your own food, but you have a waiter or waitress who brings food to your table. It is, however, all you care to enjoy, so as long as you keep asking for food, they’ll keep bringing it to you!

Breakfast includes breakfast breads, a fruit platter, and a breakfast platter with the famous Mickey Waffles. One of my favorite things here though is the Aloha Juice, which is a mix of passion fruit, orange, and guava juices to make an incredibly delicious and refreshing beverage.

The Wave is a breakfast option at Disney’s Contemporary Resort’s lobby, which is also a Magic Kingdom area resort and on the monorail line. The Contemporary is right across the street from Magic Kingdom, so you could even walk over if that’s where you’re headed.

The Wave is always fresh, and it’s a unique breakfast option because there’s table-service and a la carte foods. You can get salmon, fruit, cheesy grits, and the all important Mickey Waffles, but a real signature dish here is the sweet potato pancakes. The buffet is the best route because you’ll get more food for less, and the buffet includes all of the unique items.

Let’s head over to Epcot for the next best breakfast spot. Garden Grill is located in The Land pavilion in Future World. This all you care to enjoy character dining meal is served family style, so you won’t have to get up to fill your plate and you won’t miss any of your favorite characters who are dressed in their best farm looks.

Garden Grill, which is a rotating restaurant offering views of the pavilion inside plus views of Living with the Land, serves a delicious breakfast platter, Mickey waffles with a warm chocolate hazelnut sauce, and the delicious Chip’s Sticky Bun Bake. You can also get cocktails and the passion fruit, orange, and guava juice called POG juice here.

Boma has lots of variety on the menu including those that are familiar and more exotic flavors. Try the African Spiced Beef Hash or the Pecan Praline French Toast. Either way, you can’t go wrong. After breakfast, head out to the savanna to see the animals!

Cinderella’s Royal Table has long been the signature Signature Restaurant at Magic Kingdom, and years after it’s opened, it remains one of the hardest to get Advanced Dining Reservations, and for good reason.

This character dining experience is a princess meet and greet to make little girls go crazy! What could be better than meeting Cinderella and her friends right in her very own castle?! Not much if you ask me.

The breakfast here isn’t quite as impressive as you may think though. It is not a buffet; all the entrees are plated, and the menu is pretty limited. There are some pretty delicious options, though, like the Caramel Apple Stuffed French Toast.

Regardless, you’ll be very impressed with the location. The castle is beautiful, the princesses are friendly, and if you book a table early in the morning, you can get some great photo ops in a nearly empty park!

If you can’t get an ADR for Cinderella’s Royal Table, consider trying Akershus instead. It’s located in the Norway Pavilion of World Showcase, but the décor setting, and characters are very similar.

Also, the meal is served family style, so it’s all you can eat. Hot foods are served to the table, and there’s a cold buffet that is like a Norwegian smorgasbord of deliciousness. Picky eaters might not be adventurous enough to try the cold buffet, but they’ll love things like the lingonberry muffin, which is served warm to the table.

Akershus may not be as popular as Cinderella’s Royal Table, but it will be a more memorable experience.

Disney’s Fort Wilderness Resort is home to Trail’s End, which is a hidden gem restaurant among the Disney Resort Hotels mostly because it’s affordable, down-home kind of fun. Trails End is a relaxing, no character, dining establishment with a typical buffet lineup including smoked beef hash and warm pecan cinnamon buns.

Fort Wilderness is also considered a Magic Kingdom resort, but it’s not on the monorail line. The boat transportation will get you to the park quickly though!

On the other end of the spectrum, California Grill at Disney’s Contemporary Resort serves “Brunch at the Top.” With amazing views of the Seven Seas Lagoon, a build your own Bloody Mary Bar, a charcuterie area, and pastries brought to the table all in an exclusive dining room on the 15th floor of the resort, you really will feel like you’re living at the top.

Brunch at this Signature Restaurant is only served on Sundays, so enjoy brunch then hop on the monorail, a ferry, or simply walk over to Magic Kingdom for your Sunday Funday.

Finally, Narcoossee’s is located at Disney’s Grand Floridian Resort and Spa, largely considered the most expensive resort on property. This Signature Restaurant also only serves breakfast on Sundays, and the views of Seven Seas Lagoon are beautiful but from a different location.

If you dine at Narcoossee’s, you’ll enjoy the Water Front Brunch complete with smoothies, a pastry basket, appetizers, steak and eggs, and swordfish with potato bacon hash. The meals here are plated only; there’s no buffet or characters, so if you’re looking for a delicious, relaxing adult breakfast, this is a great spot!

What is your favorite table-service breakfast in Disney World?