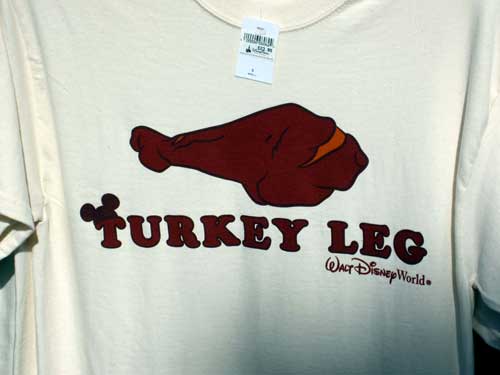 All I read these days online on Disney blogs and websites is what new sweet treats I absolutely HAVE TO try in Walt Disney World. “You need to try these Sprinkles cupcakes,” they say, or “Have you had the ice cream at the France Pavilion in Epcot?”

Honestly I like the sweets and desserts in Walt Disney World just fine, but if I’m grabbing a snack just for me, it’s probably going to be something a little bit more on the savory-side.

I’ve mentioned this one before (okay, many times before) but there is really nothing like Walt Disney World’s popcorn to satisfy your salty snack craving! I personally think it’s best from the red cart on the left side of the Magic Kingdom’s Town Square as you first enter the park. I’m sure it’s the same exact popcorn Disney sells everywhere else, but to me it just tastes better from there! I love to start my Magic Kingdom day (who cares if it’s still morning!) by grabbing a popcorn and a soda from that cart and slowly making my way down Main Street, taking in all the sights and sounds that make the Magic Kingdom great!

I love it so much that I have a tiny little red popcorn machine in my Disney-decorated home office that only pops the exact same popcorn that WDW uses in the parks! Yes, I have the Disney popcorn recipe locked away somewhere in my home and I know how truly Disney-crazy that sounds!

There’s something about the Mickey Pretzel that makes me really, really happy. Maybe it’s the smiling face of Mickey Mouse that looks back at me right before I chow down. Maybe it’s the fact that those babies are completely covered in salt and I’m a bit of a salt junkie. I’m not quite sure.

The one thing I do know is that I won’t take a trip to WDW without grabbing a few of these (usually for lunch at the Magic Kingdom where I buy them from the pretzel cart in Storybook Circus). They also go perfectly with that little cup of nacho-cheesy awesomeness that they often sell at the pretzel stands. My family and I will grab a few pretzels with that cheese, sit back on a bench and enjoy them while planning out the rest of our day. Good times!

Admittedly, I’m not a big Turkey Leg guy. If I’m in the mood for something smoky and a little caveman-ish I’ll head over to Flame Tree Barbecue in Disney’s Animal Kingdom and take down some ribs, but I can’t deny the sheer popularity of the Turkey Leg.

The Disney theme parks sell more than 2 million turkey legs per year. Yes, you read that right, 2 MILLION! That’s a lot of emu…err, I mean turkey legs! Each one of these giant legs weigh in at about 1.5 pounds and will without a doubt fill you up and then some!

I’d recommend getting one of them from their original location in Frontierland in the Magic Kingdom and then giving yourself plenty of time to digest before hopping on Big Thunder or Splash Mountain!

There’s only one place to go for the best Fish & Chips in Walt Disney World, and that’s the Yorkshire County Fish Shop in Epcot’s United Kingdom Pavilion. The line is always a little long but don’t worry, it moves pretty quickly and it’s always worth it!

The fish here is fresh and only lightly fried so it’s not too heavy when it’s hot outside (which, let’s face it, is like ten months out of the year in Central Florida!) I like to add a little malt vinegar to my fish to try to get as authentic as possible and then I’ll usually order an ice cold Bass Ale to wash it all down (now I have Samuel L. Jackson’s voice stuck in my head…”That is a tasty burger!”)

Soft Pretzel from Germany in Epcot

Yes, I know that I already have a pretzel on this list and trust me, the Mickey Pretzel definitely deserves to be here, but my absolute favorite salty snack in all of Walt Disney World is this buttery, salty, crazy-good selection from Germany. This pretzel is so good that I won’t even share it with my children (okay, that’s not true, but they’ll usually have to ask me more than once!) I don’t now the secrets behind how they make it but I do know it’s different and better than any other pretzel you can find anywhere else on Disney property. The lines to grab one of these can be a bit on the longer side, especially during Epcot’s Food & Wine or Flower & Garden Festivals, but the wait is always completely worth it!

So there you have it, the absolute best salty snacks anywhere in Walt Disney World! Of course, I’m not crazy enough to think that I didn’t leave a few really great ones off of my list, so if your favorite salty snack somehow eluded me this time, please feel free to let me know about it! Comment here, on Facebook, or email me at phil@eartotheretravel.com! Thanks, as always, for reading!

Do you enjoy salty snacks in Disney World?  Your favorite?