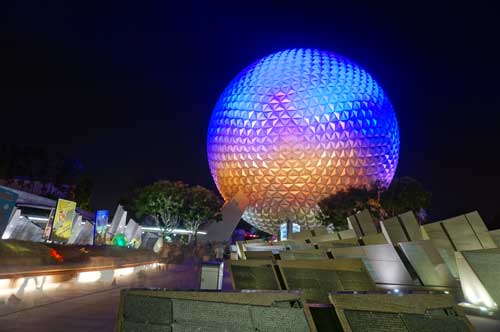 Between height requirements and personal interests, you may think it would be difficult to find attractions that the whole family will enjoy.

Maybe you’re traveling with very young children as well as older grandparents, and you’re looking for rides that are fun but not too thrilling.

You’ve come to the right place! When Walt designed his attractions and conceived Magic Kingdom, he envisioned a place that would be fun for guests of all ages. He knew that everyone would enjoy their vacation much more if everyone were involved rather than having riders and observers.

Although there are many attractions that are great for everyone, here are ten of my favorites organized by park rather than by popularity.

Toy Story Mania combines 3D video games with special effects making this an exciting 4D attraction. Riders can play carnival-inspired games with their favorite Toy Story characters and even compete with other family members. Who can score the most points?

This ride is faster than some of the others on the list, but it is not fast enough to be a thrill ride. It is fun but not overwhelming. The only disadvantage of this ride is that the wait times can be very long. Head here first thing in the morning or get a FastPass+ reservation to avoid waiting for two hours or more.

Kilimanjaro Safaris gives guests the opportunity to see many animals including elephants, antelopes, gazelles, monkeys, lions, hyenas, rhinos, and wildebeests in their natural habitats. The area is huge, and the guide encourages you to take pictures. Guests of any age will love seeing these animals up close!

Spaceship Earth at Epcot‘s entrance is a slow moving dark ride that takes riders through the history of communication from the caveman to the future and even your future. The ride concludes with the opportunity for you to enter some visions for your future, and then the ride will show you a short video of what your life might be like. It would be fun for grandchildren to talk to grandparents about what kinds of communication technologies they remember and create a future together.

6. Living with the Land

Living with the Land in Epcot’s The Land pavilion is a slow moving boat ride. In 15 minutes, riders experience many different ecosystems and learn about growing techniques that could be the future of our food supply system. There is also a fishery complete with several kinds of fish and even alligators.

Haunted Mansion in Magic Kingdom’s Liberty Square is another slow moving dark ride. Guests board a doom buggy and visit 999 happy haunts. This ride is a lot of fun with some special effects, but it can be a little scary for young ones especially if they’re afraid of ghosts.

The Tomorrowland Transit Authority (TTA) also known as the PeopleMover is a 10-minute ride high above Magic Kingdom’s Tomorrowland. There’s rarely a wait for this attraction, which travels at an enjoyable pace, and it can be a nice relief from walking on the hot pavement. Riders of any age will love to people watch and get a bird’s eye view of Tomorrowland. The thrill-seekers in your group will even get a sneak-peak of Space Mountain since the TTA goes straight through this neighboring attraction.

Another ride inspired by Toy Story, this one also has a video game feel. Kids of all ages can aim their laser gun at targets to help defeat the evil Emperor Zurg from stealing the batteries. Like Toy Story Midway Mania, riders can compete against family members or themselves for the highest score or a personal best.

2. Pirates of the Caribbean

This slow moving dark boat ride uses audio-animatronics to tell the story of Jack Sparrow. Grandparents will remember the song, “Yo ho, a pirate’s life for me”, and younger children may recognize Captain Jack. There are also mermaids and pirates. This ride is exciting but not so much so that it goes too fast for those who prefer tame attractions. On the downside, wait times can get pretty long especially during midday. However, if you have anyone in your party who is in a wheelchair, this ride is accessible.

It’s a Small World in Magic Kingdom’s Fantasyland was originally built for the 1964 World’s Fair. This iconic Disney attraction was situated first in the UNICEF pavilion sponsored by Pepsi. The conception of the ride included famous Disney personas like Mary Blair and the Sherman brothers.

It’s a Small World was present on Magic Kingdom’s opening day and will bring about nostalgic feelings for anyone who has ever visited Disney with its colorful dolls and catchy tune. This is a great place for grandparents, parents, and children to connect and make lasting memories together.

What is the best Disney attraction for the entire family, young and old?