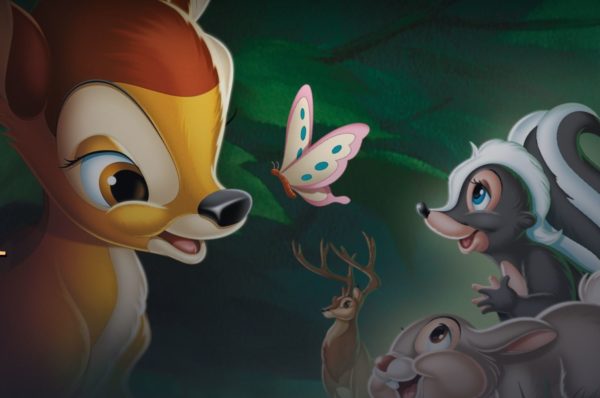 It’s hard to think of a time when the Walt Disney Company didn’t rule the media world. But every story has a beginning.

For Disney, that beginning was between the years 1937-1949. In that timeframe, the Walt Disney Company completely changed the movie world. Never had a film studio produced a full length animated feature film, never had this much time been put into the creation of animated films, never had such astronomically large amounts of money been used in the world of animation, and never had a company focused so heavily on the education of the arts – Walt Disney changed the world forever.

Some of the most iconic films, not only in Disney’s history but in American Pop Culture were released between 1937 and 1949. A number of these films were met with negative reviews by critics, while others didn’t become considered a success until years later, but all helped to lay the path for the company’s future.

During the early years, each film represented growth of the artist and their art form. Where one film may have been significant for the way Disney developed character’s emotions, another film focused on the ability to link music to animation.

Each film was a bit of a building block off of each other. Not every film in this decade may have been a massive hit, but the contributions they made to the foundation of Disney are undeniable.

Thanks to Disney+ we can now view most of the films the Walt Disney Company has been a part of. For this series of articles, we will watch a decade’s worth (give or take) of Disney Animated features (full length, theatrical releases only) and rank them in the order that we believe they belong.

The ranking is based solely on our opinions of the film, which means there may be some upsets! Join us on this Disney film journey and re-rank the films in the order you think they should go.

Note: Only movies that appear on Disney+ will be ranked.  That means that the following films, which are not on Disney +, are omitted:  Victory Through the Air, Make Mine Music, Song of the South, Once Upon a Winter Time.  I rewatched every film (even those I’ve seen before) to avoid ranking our favorites too high.

The first in a pair of “Good Neighbor” films (the other half being The Three Caballeros), Saludos Amigos is very different than the average Disney film. Part documentary, part animated feature, Saludos Amigos explores the culture of a number of South American countries.

With help from Goofy and Donald Duck, you’ll hop from country to country and learn about how the locals live. The film features mini storylines, some cultural music, and a few brief shots of Walt Disney, all done to show the United States was a “Good Neighbor” (done to help offset the possible influence of the Nazis leading up to WWII). Unless you’re looking to watch all of Disney’s featured films (much like us), you can probably skip past Saludos Amigos.

Fun and Fancy Free is a pretty unusual feature for Disney. Rather than the film following one storyline, the hour+ long feature is a number of smaller stories. Although the idea isn’t unheard of at the Disney Studios, with the exception of the Pixar Shorts, the idea is no longer used. Several of the mini features inside films like Fun and Fancy Free have provided a number of background characters and storylines for the Parks and merchandise. Most notably Mickey Mouse and friends as Jack and the Beanstalk characters.

Much like several other films from this era, Melody Time features a number of short stories rather than one large plot. I think it would be safe to say most people have never heard of Melody Time but would recognize a number of characters from the film. Pecos Bill (a popular dining location at Disney World), Jose from The Three Caballeros, and the Once Upon a Wintertime story all make appearances in Melody Time.

To be honest, a hybrid animation/real-life film like The Reluctant Dragon was not supposed to be featured on this list. I had never seen the movie before, so I didn’t really know what to expect. After I watched The Reluctant Dragon, I thought what an awesome documentary the live-action portions of the film made. The film showed so many awesome aspects of working at Disney in the 1940s…you even see a number of films like Bambi and Dumbo being created! Unfortunately, the animation portions took away from the film. The Reluctant Dragon isn’t too long of a feature, so it’s a good watch even if only for the live-action portions.

Whether it’s his famous Disney Park attraction or the iconic big ears, Dumbo is beloved around the world. Dumbo’s film isn’t quite as captivating as the character himself. Of all the films released in this decade, I find the storyline of Dumbo to be the choppiest and, at times, wonder why certain scenes were added to the film in the first place. To this day, I still don’t understand “Elephants On Parade” or how the “crow” scene comes into play. Dumbo is an example of the Studios taking a step back after several critically acclaimed films.

If you’re familiar with the history of Walt Disney, the man or company, you probably know about the rollercoaster history of the film Fantasia. Upon release, the film was viewed as a success, but it also faced major criticism from those who deemed themselves classical music fans.

In my opinion, the creation of Fantasia was needed for the artists to rediscover the art from after their focus on animated shorts and many years spent on the development of their previous full-length films. It was through Fantasia that a more artistic approach to pairing music with animation, and the type of animation used was first publicly released/explored. To me, we see this exploration again in Dumbo (drunk elephant scenes) and the different artistic stylings in the backgrounds of  Bambi.

I really enjoy Fantasia as a whole, but I have always had trouble sitting through the film in one sitting. Throwing on Fantasia when you’re half-paying attention seems to be the easiest way to sit through the film. The film is great, some say genius, but it doesn’t quite hit on the entertainment level you get out of the other films of the decade.

Like Dumbo, Bambi misses the mark compared to some of Disney’s earliest films. Still, the characters and main storyline are beloved by many. But what set’s Bambi far apart from Dumbo is the true artistic creations in the film. The background images of various nature scenes are animated in a way that had never been done before (and one could argue wasn’t repeated again). Some of the scenes from Bambi could stand alone as works of art just among themselves. Snow White and Bambi both tug on the heartstrings of viewers with the raw emotion that is put into each character.

Decades later, I still sit in awe with the notion of how Walt Disney, with the help of the men and women of Walt Disney studios, could be so far ahead on the forefront of animation that they basically invented a new art form. Sure, animation had been executed by a number of studios for years, but never to this level. A featured film completely hand-drawn was a feat unto itself, but the true testament of Snow White was the animators’ ability to tap into the viewers’ emotions. For the first time, an animated film could show full emotion with dramatic scenes and human-like animals. Most notably, the scene where the viewer observes the Seven Dwarfs mourning Snow White’s death, showcasing the animators’ capabilities to make an animated film seem real. Snow White and the Seven Dwarfs put Disney on the map with the creation of the first full length animated feature.

If Snow White and the Seven Dwarf’s was Disney’s introduction into creating emotions in a character, Pinocchio was the creation of a full storyline. When we talk about most Disney movies, it’s rare that the story behind the film was a studio original. Since their beginning, Disney allowed a broad audience to be fully engaged in the timeless stories they already knew and loved. From start to finish, Pinocchio was a full and complete story, and in my opinion, an issue the next few Disney films struggled with.

The film was full of Disney magic and to this day has one of the most memorable soundtracks of any Disney film. Pinocchio has become synonymous with the Walt Disney Company. “When You Wish Upon A Star” has been used throughout Disney films and Parks as their iconic “jingle”. Pinocchio is a vital piece in the development of the mega studios we know Disney to be today.