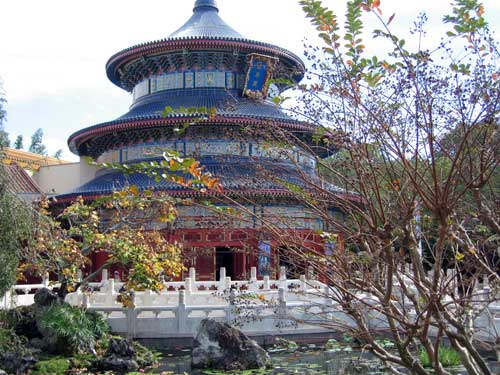 Best of the Best: Chinese Food In Walt Disney World

This is the time of the year that so many of us look forward to all year long. A time when family and friends get together to take part in all of our favorite yearly traditions. Yes, it’s almost NFL playoff time. I’m KIDDING!

Of course, it’s the holidays, and what better way to close out the holiday season than with our favorite New Year’s traditions. Now, I never really had a big New Year’s Tradition before I started dating my wife. Her family had always ordered Chinese food on the last night of the year and would save some of it to eat while watching the ball drop in NYC. When my wife and I got married, we kept up with her family’s tradition, and now it’s a tradition in our family.

A bunch of years back before my wife and I had our kids (well, I didn’t have any kids, she did all of that work!) we were in Walt Disney World for New Year’s Eve. We were on a mission in the Magic Kingdom to find Chinese food before the night was out. Do you have any idea where we found it?? Read on to find the Best of the Best: Chinese Food In Walt Disney World.

Okay, well this one may be kind of an easy one to start off with, but the China Pavilion really does have some excellent food. Whether you’re looking to sit down and have a nice meal at Nine Dragons Restaurant (I’d recommend the Kung Pao Chicken, but Phil likes his chicken spicy!) or if you just want to sit down and have a quick meal at the Lotus Blossom Cafe, you really can’t go wrong here. Also, there is a great deal available at the Joy of Tea Cart (located closest to the World Showcase Lagoon; if your ankles get wet, you went too far!) It’s called the Lucky Combo, and it includes a pork bun, a chicken pocket, an egg roll, your choice of a soft drink, AND an ice cream all for $9.98! That one might be the best food deal in all of Epcot!

If you’re not a Walt Disney World regular or someone who frequents “The Poly” (as it’s known to us cool kids), you might not be aware that Kona Cafe has not only some of the best Chinese food in WDW, but some of the best overall food as well. Chinese-inspired dishes there include Pot Stickers, Steamed Pork Buns, and Sesame Seared Sea Scallops (which are amazing, by the way!) Kona also has a great selection of Japanese food like sushi and sashimi and American classics like a New York Strip Steak and a Kona Coffee-rubbed Pork Chop for those in your party who are feeling something a little different than Chinese food that night. Next time you’re around the Magic Kingdom or one of the monorail resorts, hop the next monorail over to Kona Cafe to get your Chinese food fix!

Now this one has only been open for a few weeks now at the time of this writing and I honestly haven’t been there to review it just yet, but come on! It’s a restaurant with a menu designed by Mr. Iron Chef himself, Masaharu Morimoto. That should be enough to convince you to head over to Disney Springs to give this one a shot! And like Kona Cafe over at the Polynesian, Morimoto Asia also offers some Asian alternatives like a Filet Mignon and Rib Eye Steak for those in your party who just aren’t up for Chinese or Japanese food on your visit. Disney is doing a fantastic job with the new restaurant experiences opening up over at Disney Springs and with the tremendous reviews it’s been getting, Morimoto Asia isn’t going to be one to disappoint!

I am SO lucky this restaurant wasn’t open when I worked at Disney’s Animal Kingdom, because I probably would have clocked out of work every day and gone straight there for a meal when my shift ended. I go not just for the Chinese and other Asian foods offered here (which are all fantastic), but also for the incredible ambiance and setting of the restaurant. Yak and Yeti has an incredibly detailed backstory that includes a wealthy merchant who has fallen on hard times and has opened his amazing home up as a restaurant and hotel. This one is truly Disney Imagineering at it’s finest (like everywhere else in Animal Kingdom’s Asia, really, especially Expedition Everest). I often spend more time walking around and checking the restaurant out than I actually spend eating (which shouldn’t be a surprise since we have 3 kids five and under; they aren’t into the backstory all that much!). My best advice it to get the Dim Sum Basket For Two (you can get it for just yourself, you’re on vacation!) and ask for a table upstairs to really take in the atmosphere!

So there we were (I feel like I need something here, like “Previously on Lost”), racking our brains to find Chinese food in the Magic Kingdom, when it hit me: The Egg Roll Wagon! Of course we could get Chinese food from the Egg Roll Wagon in Adventureland! If you haven’t had one, these egg rolls are delicious and the perfect way to get your Chinese food fix while banging out attraction after attraction in the Magic Kingdom. You don’t even have to sit down! Just grab an egg roll and keep on rolling right along. And, something that is really cool is the Egg Roll Wagon just unveiled the all new Cheeseburger Spring Roll! Okay, so a Cheeseburger Spring Roll may not be Chinese food exactly, but I think we’re really just talking about semantics here. The name is technically Spring Roll, so honestly, that’s good enough for me!

So on your next trip to The World, please remember my list when that egg roll urge kicks in! Of course, these aren’t the ONLY places to get Chinese food or Chinese-inspired dishes in all of Walt Disney World.

You’re probably sitting and reading this and saying, “Man, you left out the best Chinese food ever at _______!” So please let me know where your favorite Chinese food is in Walt Disney World. What did I miss?

Thanks so much for reading, and have a safe and Happy New Year!

What is your favorite spot for Chinese food at Disney World?