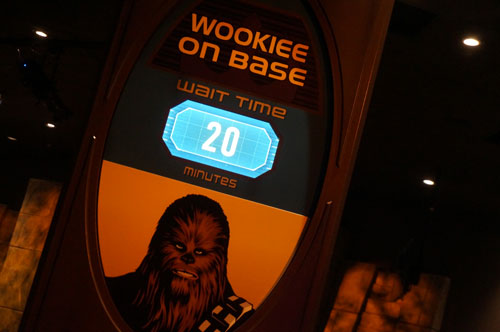 Many people are lamenting recently that Disney’s Hollywood Studios is a construction zone. That may be true, but you can still easily fill a day in the Studios with few attractions and some character meet and greets.

The characters guests can meet here are mostly unique to this park, so it’s worth the time if there are specific characters you want to meet.

Also, please note that Disney changes character schedules often.  Be sure to check with a Cast Member on the latest offerings.

Let’s take a look at where you can find your favorite characters in Hollywood Studios.

It may be summer, but everyone’s favorite snowman is in Disney’s Hollywood Studios. Olaf made his Walt Disney World debut at the Celebrity Spotlight in April to take pictures and sign autographs with guests. He also likes warm hugs!

If you’re a Star Wars fan, you’ll definitely want to stop here. Although Darth Vader is off doing important and evil things, visitors can still meet Chewbacca on the Light Side and Kylo Ren on the Dark Side.

You can see Stormtroopers in the area although they’re usually too busy patrolling to stop for meet and greets.

You may be disappointed to hear that none of the characters in this area will sign autographs, but they will take pictures with you. Since this is the only place to see these characters, the lines can get pretty long. I would suggest heading straight here to cut down on your wait time.

Despite what the name implies, Toy Story’s Woody isn’t the only character you can meet here in Pixar Place. In this character meet and greet adjacent to Toy Story Mania, you’ll find both Buzz Lightyear and Woody! This indoor meet and greet is pretty popular, so expect a long line.

In addition to these two beloved characters, you can also meet some goofy Green Army Men outside. They’re usually fooling around and appear to be on an adventure, but they’ll happily pause their fun to take pictures with you.

The Army Men and Woody are happy to sign your autograph book, but Buzz usually just has a stamp.

Just outside of The Great Movie Ride is one of the best places to meet classic Disney characters including Chip & Dale, Daisy & Donald, Pluto, and Goofy. All of these characters will sign autographs, but they’re not all there at the same time. Check the times guide or the MyDisneyExperience app for appearance details and times.

Nearby in the Animation Courtyard, your little ones can meet their favorite animated characters including Doc McStuffins, Jake from the Neverland Pirates, Sofia the First, and the classic Minnie Mouse. Again, not all of these characters are here at the same time, so check your times guide or the MyDisneyExperience app.

For many of these characters (with the exception of Minnie), this is the only place you can meet them! Even better: they all sign autographs! Because of all this, the lines can get very long. If these characters are tops on your list, and you have impatient little ones in tow, head here as soon as you enter the park.

Up until April 2, 2016, James P. Sullivan (Sully) and his monster-friend Mike Wazowski appeared on the Streets of America to meet and greet guests. However, they recently took a vacation to allow the construction workers to do their jobs without interference. Since Toy Story Mania will be part of the larger Toy Story Land (official name yet unknown), we can safely assume that these two characters will return even if not in the same place.

Do you enjoy character meet and greets in Disney’s Hollywood Studios?