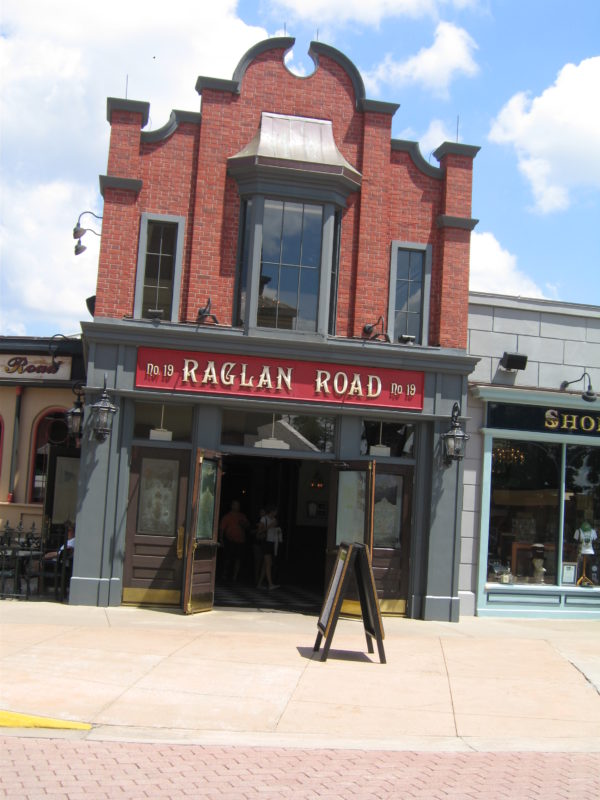 St. Patrick’s Day is just around the corner, and if you happen to be in Disney World for the Irish holiday, you might want to celebrate this cultural and religious holiday with a classic Irish dish: bread pudding.

At it’s simplest form, bread pudding consists of bread and custard, but Disney chefs are anything but simple. Traditionally, ingredients can include things like currants, golden raisins, and sweet breads instead of white bread; in Disney World, chefs step it up a notch.

Let’s take a look at the best bread puddings in Disney World!

‘Ohana is a table-service restaurant at Disney’s Polynesian Resort. In the morning, it’s a character dining experience with Lilo, Stitch, and some classic Disney characters. In the evening, the restaurant transforms into a beautiful Hawaiian restaurant at the call of a conch shell.

It seems odd that an Irish-inspired dish would be served here, but Disney chefs have put a Hawaiian spin on the Irish dish with bananas and caramel sauce. The result is a deliciously sweet bread pudding served foster style complete with vanilla ice cream on top. It’s a great way to finish out a fun meal!

Apparently bananas are a popular addition to bread pudding because Boma at Disney’s Animal Kingdom Lodge also uses the ingredient. Boma’s Banana Bread Pudding uses a sweet bread layered with custard, topped with bananas, and finishes the dish with a vanilla sauce. This dish is on the dinner menu.

Boma is an incredible restaurant because it offers a unique opportunity to see animals grazing on the savanna while enjoying a top-notch meal at this highly rated restaurant.

A similar dish is also served at Tusker House in Disney’s Animal Kingdom for breakfast, lunch, and all three dining times are character experiences with Safari Donald Duck and friends!

Boma doesn’t only serve bread pudding for dinner though. In the morning, check out their French Toast Bread Pudding, which uses raisins and a warm pecan praline sauce to create a delicious breakfast version of the popular dessert. This dish also uses bananas and pecans in the topping.

House of Blues in Disney Springs probably isn’t the first place you think of when it comes to a good bread pudding, but their Toffee Bread Pudding is actually really delicious.

The bread is perfectly moist with layers of bread soaked in custard with bits of toffee mixed in. It’s topped with a sweet toffee sauce and finished with Whiskey Butter frosting on top making this dish fit perfectly with the theme of the restaurant.

Olivia’s is a casual dining table-service restaurant with a relaxed, breezy, beachy feel. It’s far from an Irish pub, but very good, nonetheless.

For a classic take on bread pudding, head on over to Disney Springs. Earl of Sandwich is a national chain restaurant with a quick-service location prominently located in this Disney shopping, entertainment, and dining district.

The bread pudding here is a quick and tasty dessert to enjoy after your sandwich or on the go. It’s a good mix of cinnamon, sugar, and raisins with fresh bread pieces.

Between the Supercalifragilistic Breakfast and the Cinderella’s Happily Ever After Dinner, 1900 Park Fare at Disney’s Grand Floridian Resort and Spa serves a relaxed brunch meal buffet style.

The menu includes common brunch dishes like made-to-order omelets, salads, and fresh fruit and breads. If you’re looking for a sweet finish, check out the bread pudding with vanilla sauce. It’s pretty amazing.

Chef Mickey’s is a unique character dining experience right at the heart of one of Disney’s Deluxe Resorts: Disney’s Contemporary Resort Hotel. It’s situated in the lobby just under the monorail, so while you’re enjoying your breakfast, brunch, or dinner and the Disney characters, you’ll also have an extra bit of entertainment every few minutes as the monorail zooms overhead.

On the dinner menu at Chef Mickey’s is a seasonal bread pudding dish. Obviously, this dish changes based on what’s available seasonally, so it’s a great addition to our list since it’s consistently changing!

Let’s head back to Disney’s Old Key West Resort for number eight on your list where you’ll find a special breakfast version of bread pudding: Olivia’s Bread Pudding. The bread in this dish is a combination of pastries layered with home-made custard, topped with Olivia’s Run Sauce, and served with your choice of sausage or bacon.

Good’s Food to Go is a quick-service walk-up window with grab ‘n’ go items. Grab this bread pudding and eat it while you’re waiting for the bus to the parks or take it back to your room for an in-room breakfast!

Intermission Food Court at Disney’s All-Star Music Resort serves breakfast from 7am to 11am, and one of their options is French Toast Bread Pudding. It’s served with sausage and bacon, and it’s actually pretty similar to Boma’s version. If you’re looking for a more affordable way to get Disney’s French Toast Bread Pudding, this is a great way to go and at one of Disney’s Value Resorts!

A similar version is also on the brunch menu at Trail’s End Restaurant at The Campsites at Disney’s Fort Wilderness Resort.

A list of best bread puddings wouldn’t be complete without a visit to Raglan Road where Ger’s Bread and Butter Pudding is at the top of our list! It’s served in a large coffee mug with Crème Anglaise and butterscotch sauce.

Raglan Road is so authentic, that much of the interior of the restaurant is actually from Ireland.

If you happen to be in Disney World for St. Patrick’s day, you’ll want to stop by for the bread and butter pudding, but you’ll want to stay for the festivities, which will be going on for three days! There will be nonstop live music, Irish dancers, Guinness, complimentary face painting daily, and even a U2 tribute band.