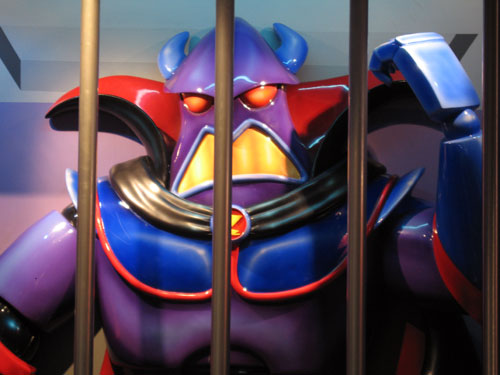 How to Get Banned from Walt Disney World

Disney World is a family environment, and it must remain so. Therefore, there are rules in place to prevent dangerous or offensive activities from taking place in the parks and in the Disney resort hotels.

Some rules are pretty basic like “don’t stand up on rides while they’re in motion” and “don’t make obscene hand gestures or expose yourself during automatic photographs.”  However, others are more serious like “don’t visit the now abandoned original Disney World Water Park, River Country.”

While minor offenses like spreading your loved one’s ashes on the Haunted Mansion won’t get you banned, Cast Members will stop the ride. And in some cases, security may ask you to leave for the day.

Let’s take a look at some things that have gotten guests banned from Disney World.

During the International Food and Wine Festival in Epcot‘s World Showcase, a couple of male visitors, who had apparently taken part in a full circuit of drinking around the world, removed their shirts and ran through the miniature hedge maze in United Kingdom. They also taunted Aurora while she greeted children.

After a Cast Member witnessing the event called security, the men were quickly apprehended. Because they refused to jump over the hedges, security had no problem catching the runners.

4. Harass or Abuse a Character

Disney does not take its employee’s safety lightly. When three men from Portugal hit Donald Duck right in the quacker, they were removed from the park and banned for life. Another man acted inappropriately during a meet and greet with Minnie Mouse. He also found himself escorted out.

Disney World offers backstage tours all the time. They’re a lot of fun and you get access to exclusive areas that regular guests do not have access to.

If you sneak backstage without permission, though, you’ll get into a lot of trouble as one YouTuber found out the hard way. A guy who went by the handle “Adam The Woo” posted videos showing his adventures in abandoned buildings and other interesting locations.  He earned notoriety when he accessed the backstage and off-limit areas of Disney World including River Country and ImageWorks in the Imagination Pavilion. Once Disney caught wind of his channel, they immediately banned him from property.  Eventually Adam worked out a deal to get back into the parks.

2. Threaten to build a Meth Lab

One man and his family are banned from Disney World property after he threatened to build a meth lab in his hotel room.

While standing in line at Disney’s Pop Century Resort attempting to extend his vacation a couple more days, he got impatient because the Cast Members were being slow. In a lapse of judgment, he screamed that he could build a meth lab in his hotel room faster than he could get service at the front desk.

This got him served pretty quickly. The Orange County Sheriff’s office promptly raided his room searching for evidence of a meth lab. Though they found nothing, Disney felt his threat was serious enough to deny him and his family access to Disney World ever again.

Disney limits access to their waterways because of the dangers that lurk in Florida waters. When a photographer and some of his friends decided to cross Bay Lake, which is a total of 350 feet, they enjoyed their last attraction in Disney World.

First, they trespassed by accessing River Country. Then they swam to Discovery Island. While they got some great photographs, that’s all they have left of their adventure. While they risked their future access to Disney World, which is pretty devastating in and of itself, they also risked their lives in alligator-infested and snake-infested waters. They could also have been struck by a Disney Ferry boat. They’re pretty lucky that the worst thing that happened was losing their Disney World privileges.

Should rule breakers get banned from Walt Disney World?