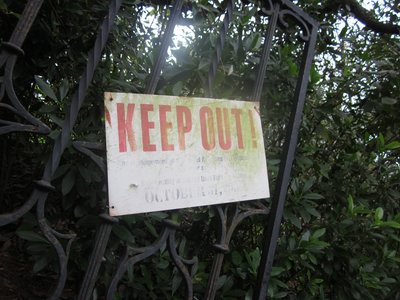 Banned From Disney For Life – Adam The Woo

There are plenty of terrible punishments in this world – life in prison, losing your driver’s license, and giving up chocolate just to name a few. But for a Disney fan, the most extreme punishment is fortunately unusual but also very cruel – being banned from ever visiting Disney World again, for life.

A man who goes by the moniker “Adam The Woo” has gained something of a cult following by breaking into restricted areas around Disney World. He’s been in backstage areas, and perhaps most famously taken an unauthorized tour of River Country – the long abandoned and very dilapidated first water park that Disney build in the days before Typhoon Lagoon and Blizzard Beach (see video below).

Adam claims to be a Disney fan – which makes sense – why else would someone go to all the trouble of tracking down all these off-limits locations, filming them, and posting them to YouTube? He says he was not given any warning about his activities, and was surprised by the severity of the banning decision.

It is probably true that Adam didn’t get a warning, but I’ve also got to say I don’t get warnings when I’m pulled over for speeding in my car. Disney has restricted areas where guests are not allowed for good reasons, ranging from safety to ‘preserving the magic’.

Why Would Disney Ban Someone

On the surface the idea of a ban is to keep troublemakers out. But at a deeper level, the purpose of a ban might be to serve as a severe warning that will allow Disney an easier way (politically and legally) to press criminal charges against someone who was banned.

How Could Disney Enforce The Ban?

It might be very difficult to enforce a ban. After all, there is no ‘single’ entrance to Disney World. There are four theme parks, two water parks, and dozens of Disney hotels and other restaurants, shops, and attractions to monitor.

Some might think that Disney could use the “fingerprint scanners” at the entrance to the park gates to uniquely identify people who are banned. However, sources report that these devices do not actually scan and store your fingerprint. Instead, they are biometric scanners that measure key points about your finger and use a calculation to convert that information into a single number that is only unique to about one in a thousand. That information is associated with your individual admission ticket.  That’s good enough to ensure you don’t share your annual pass with a friend, but not good enough to uniquely identify someone on a ban list.

Have Other Been Banned?

While I wasn’t able to find anything official, there are plenty of stories around the internet about people being banned.

Here is a video of Adam touring (trespassing in) the closed River Country water park. More than 175,000 others have viewed this video:

What do you think about Adam’s ban from Disney World?