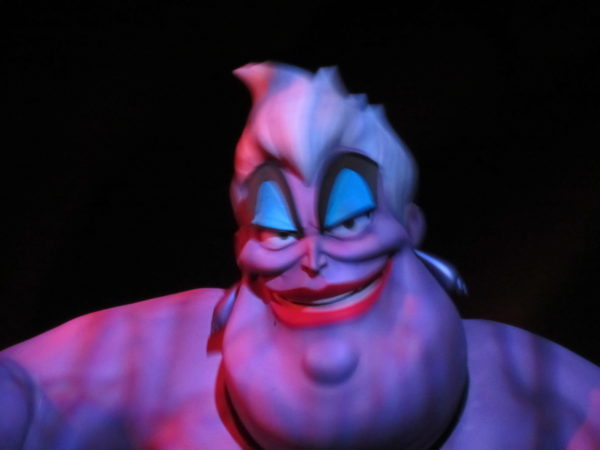 Baddest of All Time Villains Tournament Down to Final Eight

The fan-voted “Tournament of Disney Villains” being run by World of Walt contributor Topher Goggin on his “Not Your Mother’s Goose” podcast rolls on, and it’s down to the best (or maybe that’s worst?) of the bunch. Over 400 people voted in the first round, many of them World of Walt readers, pushing four well-known Disney menaces on toward the championship. Voting in the Evil 8 is now underway, and Topher is again asking for World of Walt’s support in picking the winners. To vote in the second round, click here. 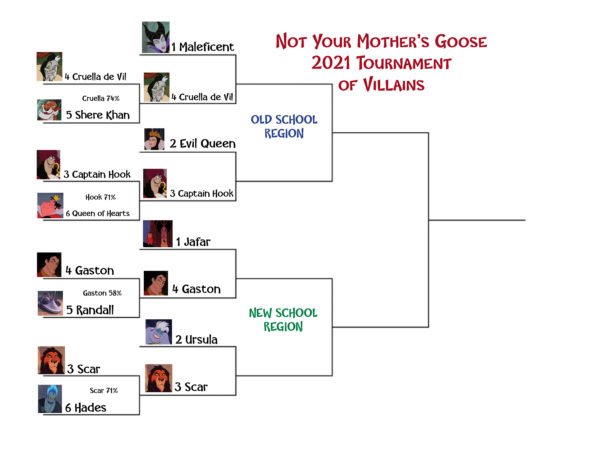 Cruella de Vil was the highest vote-getter of round 1, handily defeating Shere Khan with 74% of the votes. She could have her hands full in round 2, as she moves on to meet the top-seeded Old School villain, Maleficent. Captain Hook also won easily, getting 71% of the vote over the Queen of Hearts, but now must tangle with the more dangerous Evil Queen from Snow White.

On the New School side, Scar routed Hades, also capturing 71% of the ballots, but now must face a challenge from Ursula. Meanwhile, Gaston (my personal favorite) rallied after trailing early on against Randall Boggs, eventually flexing his way to victory with 58%. His reward is a battle with mighty Jafar, the top-seed in the New School bracket.

Second-round voting is open until August 8, and the results and third-round pairings will be announced on August 17.

Is your favorite villain in the running?