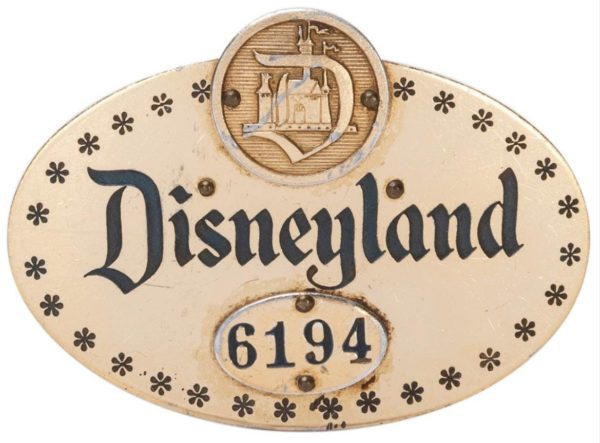 Collection Corner: Auction For 500 Lots of Disneyana On July 30

Have you ever wanted to own a piece of Disney history? Well, here’s your chance!

Potter & Potter Auctions, will be hosting a Disneyana sale on July 30, 2021, starting at 11 AM ET. The auction will feature over 500 lots of Disney Parks signs, props, Cast Member costumes, and other historic Disney antiques. The auction house offers several options for interested buyers to utilize including an online stream, in-person bidding (limited capacity due to COVID-19 protocols), as well as online bidding.

Let’s take a look at a few of the items offered:

Mickey Mouse Chandelier: Mickey Mouse chandelier from 2005, is estimated at $1,000-1,2000. It
measures 24 across, is made from black wrought iron with a scrolled Mickey Mouse head and includes five linen lamp shades.

Walt Disney Framed Autograph: Walt Disney autograph display, is estimated at $800-1,200. This 27-½ x 18” piece includes a clipped signature, a photo, and a plaque. It has a CoA from Walt Disney World Co. affixed to the back of its frame.

Magician Mickey Model Sheet: Magician Mickey animation model sheet, is estimated at $200-400. This 12 x 10 example was produced for the use of animators at Walt Disney Studios during the production of the 1937 classic animated short and includes a CoA.

Please call the auction house, located at 5001 W Belmont Avenue in Chicago, at 773-472-1442 to reserve seats. Bidding will take place through Potter & Potter’s website, at www.potterauctions.com. Phone and absentee bids are also welcome. All items are available for in-person preview, by appointment only.

Do you own any rare Disney memorabilia?  Want to?