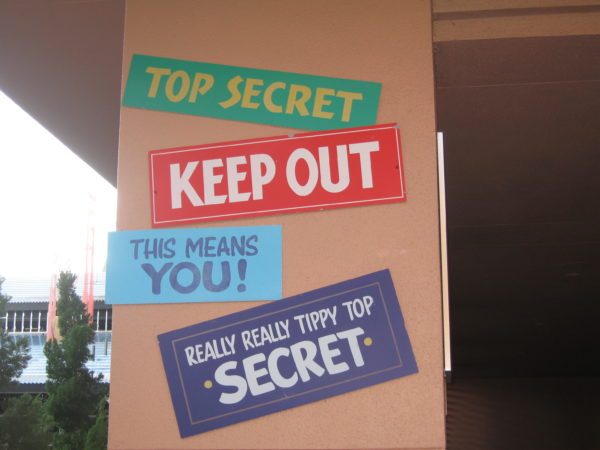 The D23 Expo, named for Disney 1923 (the year Walt started the company), takes place every other year. This year, the D23 Expo will be held during the third weekend of August on the 23rd through the 25th.

Two years ago, Disney announced that they would be making 50 magical enhancements for Disney World’s 50th Anniversary, which will be on October 1st, 2021. This year, we expect that many of the announcements will have to do with this anniversary celebration!

The anniversary is expected to start sometime early in 2021 with a major celebration taking place on October 1st and continue until September 2022. However, lots of enhancements are ahead of schedule, so as soon as Disney makes the announcements, some enhancements might start rolling out right away.

There are lots of unknowns this year, and there’s even a top-secret project that we won’t know about until the day before the expo. Let’s take a look at some of the things we’re expecting for this year’s expo!

Much of the D23 Expo is expected to focus on Walt Disney World. However, WDW is not the only game in town. Disney is moving forward with their Lighthouse Point private island project. Providing that the Environmental Impact assessment goes as planned, this project will proceed – even if there is some opposition. Disney may include announcements regarding their new island in this year’s Expo. They may also discuss the new ships coming to the Disney Cruise Line fleet!

Disney announced the Skyliner in 2017, and construction had already begun. Now, the project is basically complete and testing is under way. The Skyliner, which is one of the 50 magical enhancements, will open shortly after this year’s expo on September 29th.

Robert Iger, Disney’s CEO since 2005 and Roy E. Disney’s chosen one, was set to retire a few years ago. However, he agreed to stay on board until the big 50th anniversary. Some people expect that Iger will announce his plans for retirement at this year’s D23 Expo.

The Star Wars Hotel is not a new announcement, but very few details have been provided up to this point. We know that this boutique hotel will extend the experience of Star Wars: Galaxy’s Edge for a completely immersive multi-day encounter that puts you right in the middle of your own Star Wars story.

Recent permits show how small this hotel will actually be. In fact, it is estimated that there will be around 100 rooms and will cost $1,000 or more per guest. That cost, though all inclusive, will put this hotel in an entirely new category costing more than any other Deluxe Resort Hotel on property. The permits support this exclusivity with a small parking lot and one simple bus loop on the plans.

Construction has already begun, and Disney has already indicated a “phase two” of Star Wars: Galaxy’s Edge, which will probably include this hotel. No timeline has been given for the phase two or the hotel, but construction is likely to be completed in time for the 50th anniversary in early 2021.

Disney’s Hollywood Studios will enjoy the fruits of its labor when Star Wars: Galaxy’s Edge will open on August 29th. Because of this multi-year refurbishment, which will result in the largest single-themed land ever built in a Disney Park, very few other new enhancements are anticipated here.

However, we expect that Twilight Zone Tower of Terror will participate in the 50 magical enhancements with new effects for the drop sequence. We also know that Mickey and Minnie’s Runaway Railway, the first Mickey Mouse-themed attraction, will open where The Great Movie Ride sat before.

At the last D23 Expo, Disney announced that Epcot would be undergoing a massive transformation. Coincidentally, Epcot’s 40th anniversary will coincide with the 50th anniversary of the resort. Thus, anniversary merchandise is expected to roll out ahead of the big date.

Disney has already started work on the new entrance, which will include a major Spaceship Earth refurbishment. Few details have been provided, so we might expect more details at the D23 Expo.

They’ve also announced that a new Play Pavilion will be coming to the Wonders of Live Pavilion, which has sat empty except for festivals for years. Again, few details have been provided, so we might get some more information next week.

The 50th Anniversary will be concentrated in Magic Kingdom since that’s where it all started! We’re hoping that Disney will provide more details about the enhancements that will take place here for the anniversary.

This might include an opening date for Tron, where construction is moving along nicely. Tron, located in Tomorrowland, will affect other attractions like Tomorrowland Speedway and the Tomorrowland Transit Authority PeopleMover, which will likely get an updated recording.

Disney might reveal some other magical enhancements like new projection mapping for the tunnel in Frontierland’s Big Thunder Mountain, new Mary Blair-style Disney character dolls like Merida and Mulan in it’s a small world, and new sound and scenes in Peter Pan’s Flight both in Fantasyland. In Tomorrowland, besides Tron, a replacement for Stitch’s Great Escape could finally be confirmed, and the classic Walt Disney’s Carousel of Progress might get a new final scene, new animatronics, or a new queue video.

The Walt Disney World Railroad circles the park, and with Tron coming in, the ride will look different in the future. Changes to the railroad might be announced at the D23 Expo.

Finally, rumors have been flying regarding Magic Kingdom’s nighttime parade or lack thereof. The Main Street Electrical Parade left Magic Kingdom for Disneyland a few years ago. Will Disney World bring back this parade? Will a new parade make Main Street USA its home? We might get some answers next week!

Magic Kingdom opened in 1971, but there were several Disney resort hotels that opened at the same time. Some of these hotels might be getting magical enhancements too. We might learn some details at D23, but some expected announcements include changes to the Electric Water Pageant. Disney has already confirmed that they are building a walkway from Disney’s Grand Floridian Resort and Spa to Magic Kingdom. Disney might use this time to update the water-based parade and add Moana and Little Mermaid floats.

On August 1st, the same day that Universal Studios announced their Epic Universe, Disney updated their D23 Expo calendar to include a “Secret Walt Disney Company Project”. The project has been given an hour of time during the Expo on August 24th between 1:30 and 2:30 PM. There was no other information provided expect that more information will be announced on August 22nd.

It’s interesting that there isn’t even a departmental connection indicated. It is suspected that this project is either so new or so secret that very few people in the company know about it. This could be as grand as Disney’s reaction to Universal’s announcement of a new gate, or (more likely) as simple as a new Cast Member recognition program.

Other speculations include a potential new buyout. Since Disney+ will release in November, Disney may focus on gaining footing in this area. Some people suspect that Disney could buy Netflix, Electronic Arts, or Feld Entertainment, which focuses on live, traveling entertainment.

What we don’t expect is an announcement about an airline. Some people speculated that Disney was creating their own airline, which would give Disney almost complete control on every aspect of a Disney vacation. However, Disney shut down this and other rumors in an unprecedented move.

Looking forward to D23 announcements?  Hoping for anything specific?