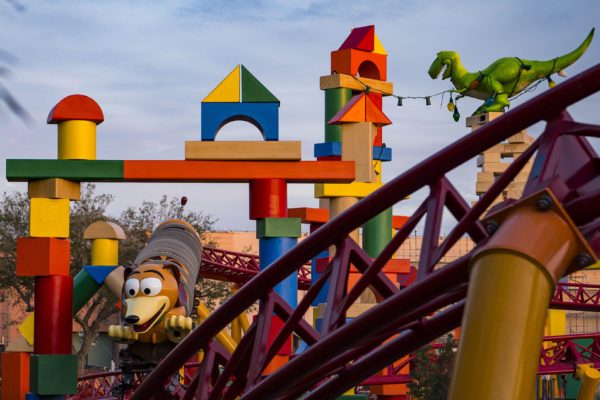 Disney World recently announced via e-mail to Annual Passholders that they will be getting exclusive access to Toy Story Land in Disney’s Hollywood Studios in September, though details are still a little light.

If you remember, Disney’s Animal Kingdom offered exclusive access to their new Pandora – The World of Avatar last year starting two weeks before the area actually opened to the general public. Those passholders had a chance to experience all that Pandora had to offer, and Disney got to test out their attractions and restaurants and work out any kinks.

Interestingly, this “Passholder Play Time”, as Disney is calling it, will not happen until September even though Toy Story Land opens on June 30th.  That means this special Passholder time happens about two to three months after the land opens to the general public.

The e-mail Disney sent functioned as a sort of “Save the Date”, and Disney said they will be sending out invitations at a later date. The event will have limited capacity, and Annual Passholders will be required to register for the event.  Participation will be on a first come, first served basis.

All we know right now about this special access event is that only Annual Passholders will be admitted to Toy Story Land, and only Gold, Platinum, Platinum Plus, and Premier passholders will receive invitations.

This means that Weekday Select and Silver Pass passholders will not be invited to the exclusive access event, but Disney has lifted their block out dates through June 29th. Those passholder will be able to visit this summer, and you weren’t previously allowed to do that, but they will have to experience Toy Story Land with regular ticket holders – or wait until later in the year.

If you do have one of the higher-level passes, watch your e-mail for your invitation to experience Slinky Dog Dash, Alien Swirling Saucers, and Woody’s Lunch Box on select dates in September!

Toy Story Land Passholder Access Months After Opening – What do you think?