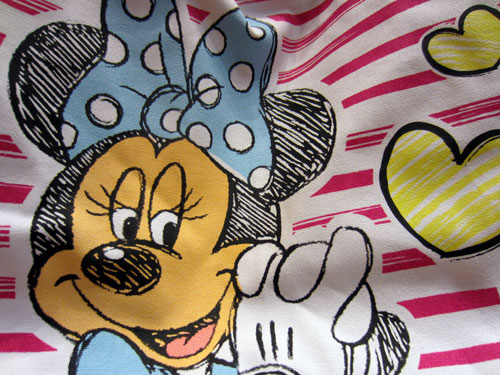 Being an Annual Passholder always brings some amazing benefits.

Yes, the pass is expensive, but you get a years worth of admission to the Disney World Theme Parks and maybe even the water parks depending on which package you choose. You also get discounts on Disney Resort Hotel rooms, recreation, tours, spa treatments, and parking plus an included Park Hopper and MagicBand.

Disney’s 45th year brings even more benefits. From October 1, 2016 to September 30, 2017, Annual Passholders will get a little more for their money.

Let’s take a look at what benefits an Annual Pass comes with for the 45th Anniversary.

Annual Passholders are used to getting discounts on dining, but for the first time these discounts include quick-service restaurants.

Skipper Canteen and Pecos Bill Tall Tale Inn and Café counter-service restaurants are 20% off while Cinderella’s Royal Table, The Crystal Palace, Liberty Tree Tavern, The Plaza Restaurant, Tony’s Town Square, and Be Our Guest Restaurant are 10% off.

Guests get 20% off at Flame Tree Barbeque and Tiffins, while Rainforest Café, Tusker House Restaurant, and Yak & Yeti offer 10% off.

There are also several locations in Disney Springs with discounts between 10% and 20%, and the Walt Disney World Resort Hotels provide various discounts too. Restaurants like Jiko and Sanaa at Disney’s Animal Kingdom Lodge, Flying Fish at Disney’s Boardwalk Resort, Citricos, Gasparilla Island Grill, and Narcoossee’s at Disney’s Grand Floridian Resort & Spa, and Capt. Cooks and Spirit of Aloha Dinner Show at Disney’s Polynesian Resort are included in this offer.

Blizzard Beach, Disney’s Tyhoon Lagoon, and ESPN Wide World Of Sports also get in on the action as does Disney’s Boardwalk.

Finally, Annual Passholders can take advantage of a $25 discount on a Tables in Wonderland card, which offers discounts on its own.

Annual Passholders can also enjoy 20% off certain merchandise purchases at some Walt Disney World owned and operated merchandise locations.  This is a nice bump from the previous 10%, and it may be a new permanent discount amount for passholders.

While Disney doesn’t allow non-service animals in their parks or hotel rooms, they do want to pamper your pooch. Best Friends Pet Care provides excellent service in extravagant digs for your furry (and not so furry) loved one(s).

Annual Passholders can board their pet for the length of their stay or for just a day at various levels of luxury. You’ll receive a discount based on the type of stay and accommodations you choose so you and your pet can enjoy the vacation.

Another discount that Annual Passholders might like to know about is the 10% discount on car rentals. Alamo is offering those with a Disney World AP up to 10% off until December 31st, 2016.

I’ve saved the best for last!

Anyone who purchases an Annual Pass between October 2nd 2016 and January 3rd, 2017 will get an extra month added to their pass. That’s 13 months for the price of 12!

While prices vary depending on which package you purchase, you’re getting quite a bargain as Disney is adding more stuff all the time. They’ve extended Epcot’s Flower and Garden Festival and the International Food and Wine Festival and Disney’s Hollywood Studios and Disney’s Animal Kingdom are under construction right now. Presumably, the next year will bring more activities to see and do at Walt Disney World, and you can be in on it and take advantage of all of the benefits and discounts!

Do you think the Disney Annual Pass has enough perks and benefits?