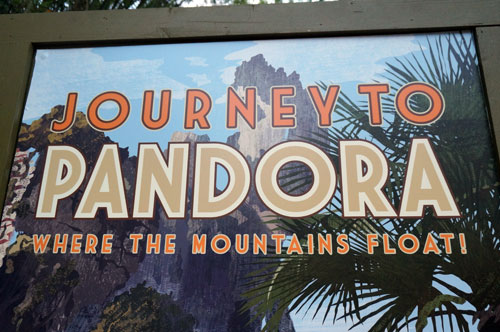 Disney’s Animal Kingdom is the newest of the four theme parks in Walt Disney World, but it is still well established since it’s been around for close to two decades. Even still, it is in a state of massive change right now – much like Disney’s Hollywood Studios, which has shut down virtually half of the park to make way for Star Wars Land and Toy Story Land.

Rivers of Light, the new and highly technical nighttime spectacular that was supposed to extend the operating hours (and profits) of Animal Kingdom well into the night, was supposed to debut in April 2016.  It has been delayed indefinitely. Disney isn’t giving an opening date now; all they are saying is that it is “coming soon.”

Nonetheless, it is still expected that the show will open sometime in 2016 with some rumors saying it could be as soon as October. I suspect that Disney is trying to open it in time for the busy holiday season.

This summer, Disney used Jungle Book: Alive with Magic to fill the void left by Rivers of Light, but that show was only a limited engagement and closed on September 5th.

A hint that Disney is moving forward on the project came recently when Disney World filed a notice of commencement with the county to install parts of the scenery for Pandora.

As of Labor Day, Animal Kingdom is no longer open until 11pm. These late hours didn’t have the effect of increased attendance that Disney hoped for, so they’ll close around 9pm for the next month or so. Once the sun starts to set earlier, closing time could return to 6pm.

However, Disney says they will continue their nighttime entertainment including the new Tree of Life shows and the street parties introduced this summer. These things have been a hit with guests.

The high-end table-service restaurant, Tiffins, remains open into the evening for reservations as well, at least for now.

Animal Kingdom is obviously going through some growing pains right now. Disney is a well-established company with some of the most intelligent people in the industry. They’ll figure it out, and we’ll reap the benefits. It just might take a little longer than expected.

Are you looking forward to Pandora at Animal Kingdom?