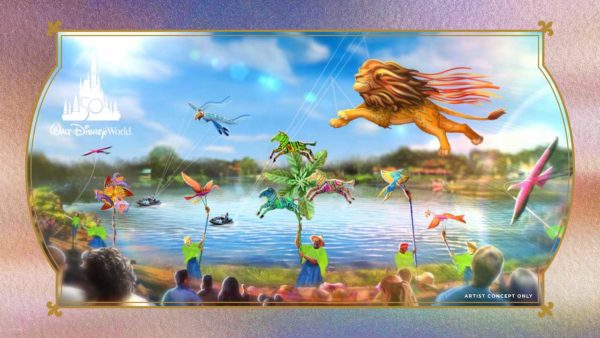 Disney’s Animal Kingdom is getting ready to release a new show in the Discovery River Theater, former home to Rivers of Light.  Disney will present KiteTails several times each day using huge kits and props of Disney characters from The Little Mermaid, The Lion King, The Jungle Book, A Bug’s Life, and Finding Nemo.

Watch for Zazu, Timon, and Pumbaa from The Lion King, as well as Baloo and King Louie from The Jungle Book.

The show will feature new arrangements of favorite Disney songs.

Let’s take a look at this video: