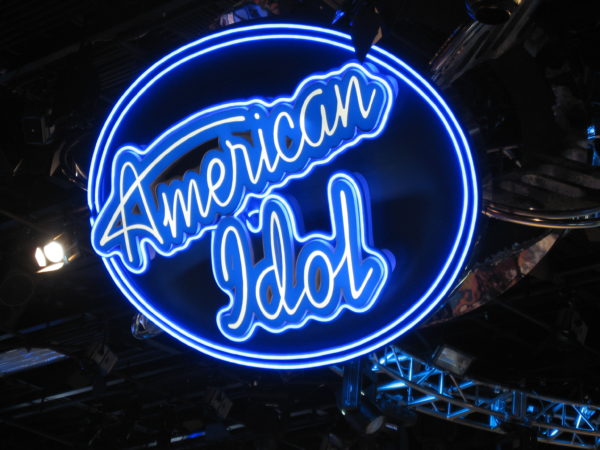 One of the most popular reality TV shows was American Idol, which first aired in 2002. It was the top-rated show for eight seasons and hit a peak in the fifth season with an average of 30 million viewers.

American Idol, as most people know, is a singing competition during which several people compete for the title of American Idol. The winner gets a record deal, but many others have used the platform as a launching board to fame. Kelly Clarkson and Carrie Underwood are among the winners, but others like Philip Phillips, Jennifer Hudson, Adam Lambert, and Chris Daughtry have also earned fame.

The show ran for 15 seasons on Fox, but it became too expensive to produce and went off the air. By the last season, viewership had dropped off even as judges were paid up to $15 million for a season.

A bidding war followed between ABC, NBC, and yes, Fox. ABC won and plans to reboot the tired show during the Oscars in 2018. With a captive audience, they could regain the viewership especially if what they promise comes true. They say the new show will include everything you love about American Idol, but it will be better than ever.

What is the connection to Disney World?  Well, Disney is ABC’s parent company. If Disney holds auditions in the parks (both Disney World and Disneyland), that will not only reach a global population, but it will also cut costs significantly as judges wouldn’t have to travel the country auditioning Idol hopefuls. As an added perk, it would promote the parks during the TV show and promote the TV show in the parks; it’s really a win-win.

This isn’t the first time that Idol has come to Disney World, though. From 2009 to 2014, The American Idol Experience auditioned singers in the aptly named attraction in Disney’s Hollywood Studios. During its run, attraction winners were given a dream ticket that allowed them to skip the grueling first round audition process and head straight to more formal auditions. In one season, five golden ticket winners made it to the top 24 spots. When The Studios started a massive rebranding project, the attraction was shuttered.

While Disney has said that they plan to premier during the 2018 Oscars, they haven’t provided any other details like expected judges or even a host. Ryan Seacrest, who famously hosted the show for all 15 seasons, is currently co-hosting Live! with Kelly Ripa. Former co-host Michael Strahan make the cross-country trip from New York to LA every week while he was continuing his connection with the NFL, but that was a weekend gig. It’s unlikely that Seacrest could make that happen for two week-time gigs. Former co-hosts included Paula Abdul, Simon Cowell, Randy Jackson, and Steven Tyler plus guest hosts Ellen DeGeneres, Jennifer Lopez, and Mariah Carey.

The big question is whether ABC can be successful in this venture. They’ve tried and failed to clone American Idol through shows like The One: Making a Music Star and Rising Star. Even insiders wonder if a TV show can reliably produce a new star every year.

If Disney does hold auditions in Disney World, it’s still unclear where those auditions would take place. Hollywood Studios still has the space. It doesn’t really fit the theme of Disney’s Animal Kingdom. Magic Kingdom would command the most potential singers, but the park is packed as it is. Epcot could work considering the many empty and underused buildings, and the fact that there are already several concerts there throughout the year in connection to festivals and holidays.Some of the Disney resort hotels could be a possible host. Disney’s Coronado Springs Resort is already designated as a convention hotel, and Disney is looking to expand Disney’s Beach Club Resort as a convention resort as well.