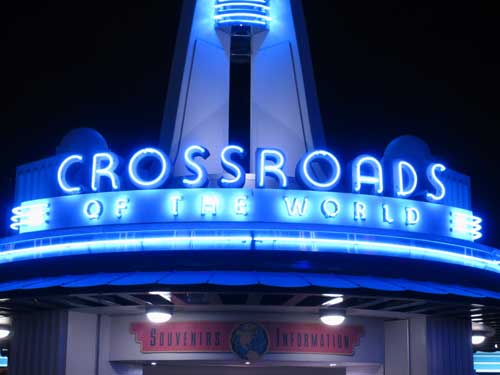 Disney World has many icons in the parks and on property. Anyone who has visited Disney probably has the famous Cinderella Castle picture, Spaceship Earth picture, and Tree of Life picture.

But what happens when you visit the Disney during the “off-season,” when crowds and prices are low but refurbishment is at its peak? Many of the well-known photo spots are covered with construction walls or obstructed by cranes in the background.

Here are some alternative photo locations for Hollywood Studios with a brief description of why these locations are so iconic even though they are sometimes overlooked as traditional icons.

There are many photo ops around the Star Tours area including the AT-AT and the Speeder bike. Although this area existed before Disney acquired the rights to George Lucas’s Star Wars, additions to this area are likely in the remodel of the park. Since Hollywood Studios is meant to represent the movie industry, this is an ideal area to develop into a land of the park.

The Muppet Fountain featuring Jim Henson’s well-known and beloved muppet characters is a great place to snap a few family photos. Henson is an icon in the film industry, and it’s doubtful that this area will be removed during the remodel.

Day or night, the Hollywood Boulevard and The Great Movie Ride provide plenty of spots to capture the essence of the Hollywood that never was and always will be.  From the classic architecture to movie props, from store windows to Disney merchandise, there are plenty of ways to have fun photographing your surroundings.

Where is your favorite alternative photo location in Hollywood Studios?