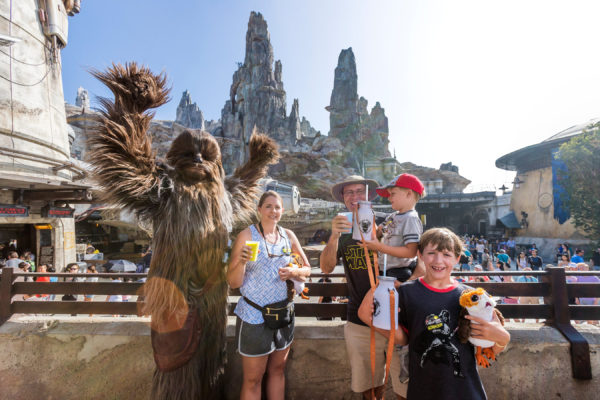 Well that was fast.

With all the whispering about low crowd levels at Star Wars: Galaxy’s Edge at Disneyland, Disney has just announced that they have already welcomed their one millionth guest on Millennium Falcon: Smugglers Run.

Star Wars: Galaxy’s Edge is the largest single-themed land expansion in Disney Parks history, and the new land has received very positive reviews – including from yours truly.

Millennium Falcon: Smugglers Run is one of the two attractions in the new land – the other being the still-to-open Rise of the Resistance. Millennium Falcon creates n interactive game-like experience where you can take on one of three different roles: Pilot, Gunner, and Flight Engineer. Each ride is different based on the actions of each guest.

Have you ridden Millennium Falcon: Smugglers Run yet? Want to?